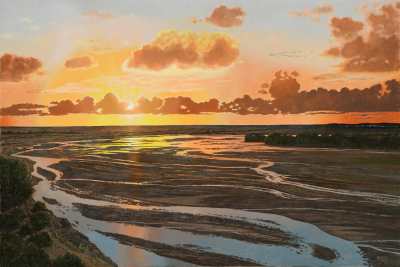 The 24th Annual Cattlemen’s Western Art Show is coming to Paso Robles April 4 – 6, 2014. It will again be hosted at the Paso Robles Event Center.

This nationally renowned art show continues to offer all original art and this year features the works of Barron Postmus. Check out art works from 50 talented, professional western artists.

All artists will be available to meet and talk to the public during all hours of the show. Admission is free all day on Saturday and Sunday and don’t miss the Cattlemen’s BBQ Saturday and Sunday from 11:30 am to 1:30 pm, $10 per plate. For more info, visit www.cattlemenswesternartshow.com. 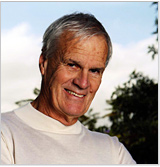 A native Californian, Barron Postmus spent several years in Hawaii before returning to school at the Los Angeles Art Center. A tour in the army took him to Europe where he served as an illustrator. After the service, he was hired as a technical illustrator by a large aerospace firm. The next few years saw him promoted rapidly to graphics designer and in 1968 Barron opened his own graphic design, illustration and advertising agency. Even then he was working for the day when fine art oil painting would be his single

The results of his efforts can be seen today in top art galleries throughout the country as well as in private and corporate collections including Infonet of El Segundo, the Sears Tower in Chicago, and in the VIP lounge of the Aladdin Hotel in Las Vegas. Barron has won numerous regional and international awards, has been invited to participate in many juried exhibitions along with many one-man shows, and has had his work selected several times by the Arts For The Parks and International Arts Magazine.