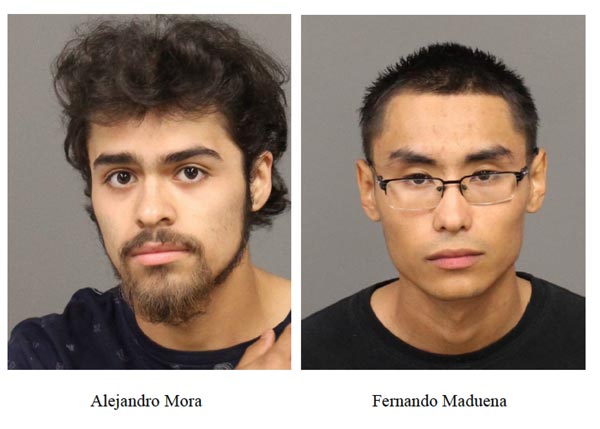 On Wednesday, detectives from the Paso Robles Police Department arrested two adult males for their involvement in a shooting incident that occurred Sunday on the 600 block of Nicklaus Street. The men listed below were booked into the San Luis Obispo County Jail on the following charges:

Based on information received from the public, detectives were able to locate the silver Toyota Tacoma truck seen leaving the scene of the shooting and identify the persons involved in the incident. Detectives have determined this incident occurred as a result of a narcotics transaction that went bad and was not gang related.