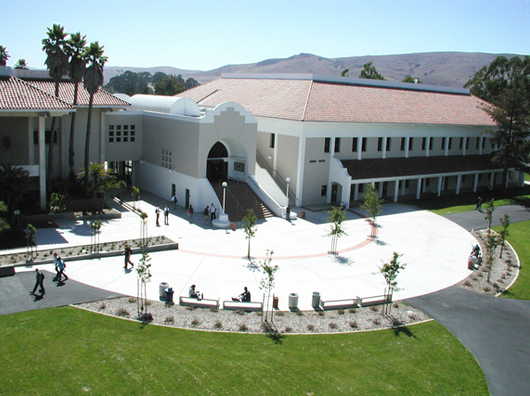 Cuesta College will graduate 682 students at the 48th annual commencement ceremony on Friday, May 24.

The Cuesta College 2013 graduating class, which includes students who have completed degree requirements in fall 2012, spring 2013 and summer 2013 semesters, earned a total of 839 degrees.

Students from two international countries, including China and Germany, and six states, including Alabama, Arizona, Florida, Illinois, Michigan and Ohio, are among the graduating class. Nearly half of the 2013 graduates came from local high schools – 329 in total.

The graduates range in age from 19 to 64, and degrees will be bestowed upon 271 males and 411 females. Of the graduates, 157 earned honors or high honors by achieving a grade point average of 3.5 or higher, including four that earned a perfect 4.0.

Cuesta’s 48th general commencement ceremony will start at 5:00 p.m. on May 24 at the Cuesta College gymnasium on the San Luis Obispo campus. The graduate lineup will begin at 4:00 p.m.