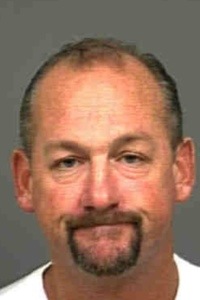 Paso Robles write-in candidate Jeff Rougeot was arrested on Election Day for investigation of crimes that include felonies for making criminal threats and brandishing a firearm.

Besides the felonies, The Tribune of San Luis Obispo says Rougeot was booked for investigation of four misdemeanors for driving under the influence of drugs or alcohol and four violations of a court order involving domestic violence.

Rougeot doesn’t have an attorney of record, and a telephone call Thursday to his car stereo business rang unanswered.

Mayor Duane Picanco got 86 percent of the vote to easily defeat Rougeot and another candidate.