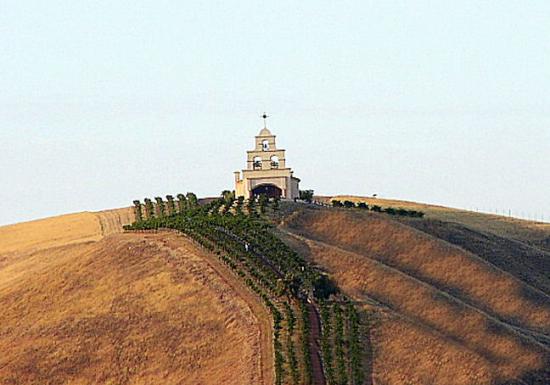 A funeral Mass for William Clark will be held Wednesday at the landmark chapel he called “Chapel Hill.”  He built the chapel on his ranch property just off Highway 46 in Shandon, east of Paso Robles, CA 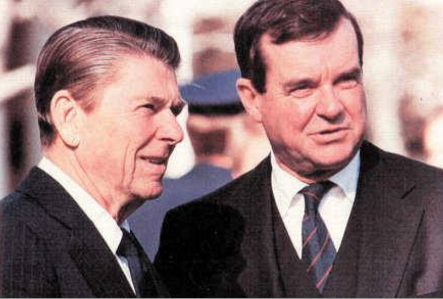 William P. Clark, close friend and aide to Ronald Reagan, died this past Saturday morning at his ranch in east of Paso Robles in Shandon, CA. He was 81. His biographer, Dr. Paul Kengor, stated, in an e-mail sent later that same day to Catholic World Report:

Bill had been ailing for a long time—a long battle with Parkinson’s disease. He began receiving hospice care about six months ago. It’s amazing that he survived as long as he did. Typical of Bill, he kept hanging on and fighting and fighting. We expected him to go, but for some reason he still felt like he needed to stay in this world and do something more. He was always thinking of what he and Ronald Reagan called “The DP”—The Divine Plan.

The funeral Mass will take place this Wednesday, August 14, at 9:30 AM at Chapel Hill, the lovely church that Bill built himself on his ranch property outside of Paso Robles, California.

[F]ew individuals were as close and important to Ronald Reagan as Bill Clark. And beyond his impact on Reagan and the Cold War, Bill Clark was simply a wonderful man.

These sunset years are a time for reflecting on the past, as well as for accepting what lies ahead. Though not without some regrets, judge Clark may be allowed a proper amount of satisfaction in his public record. During the Sacramento years, Clark was appointed Governor Reagan’s chief of staff at a time of scandal and crisis and helped to right the ship of state. When he thought his work done, he decided it was time to return to his ranch. The Governor then named him superior court judge, later elevated him to the court of appeal and, finally, appointed him justice of the California Supreme Court. After Reagan ascended to the presidency, he requested that Clark go with him to Washington, where Clark became his deputy secretary of state, then national security advisor and, lastly, secretary of the interior.

Official Reagan biographer Edmund Morris dubbed Clark the “most impressive” advisor in the Reagan White House and “the most important and influential person in the first administration”. An August 1983 Time magazine cover story entitled “The Man with the President’s Ear”, informed the public that next to Reagan, Clark was the “most powerful man in the White House”, so close to Reagan, and so loyal to and trusted by the President, that White House staff called him Uncle Bill.

“He was always there when my Dad needed him”, says the former President’s oldest son, Michael. “He was very important to my dad’s career. And their relationship was more than political; they were good friends.”

President Reagan himself told the press that Clark was “one of my most trusted and valued advisers.” Again, “no one has given me more faithful service above and beyond the call of duty.” [5] When Reagan had a tough task, he called upon Clark, his troubleshooter, his right-hand man. [6] As photographs illustrate, Bill Clark was often literally at Reagan’s right side, and always trying to fulfill the adage that he coined, “Let Reagan be Reagan.” No one was more inclined to let Reagan act on his instincts.

Nowhere was this more true than in determining policy in regard to the Soviet Union. During two critical years as Reagan’s national security advisor, Clark helped lay the groundwork for the administration’s remarkable effort to undermine Soviet communism and win the Cold War. Another cover story at the time, in the New York Times Magazine, noted that Clark was not only “the most influential foreign-policy figure in the Reagan administration”, but also “the president’s chief instrument” in confronting Soviet influence in the world. The two of them, often alone, met to discuss some of the boldest and most successful actions of the entire Cold War. As the New York Times’ White House correspondent reported, colleagues observed Clark returning from his private meetings with Reagan and prepared themselves for the “important decisions” to come.

Read the obituary in the San Luis Obispo Tribune