Paso Robles News|Wednesday, September 30, 2020
You are here: Home » Top Stories » Agriculturalist, cattleman and cattlewoman of the year named at fair

Agriculturalist, cattleman and cattlewoman of the year named at fair

The San Luis Obispo County agriculture community – farmers and cattle ranchers – has selected three outstanding farming and cattle ranching leaders to honor for a lifelong dedication to their heritage, livelihood, community and colleagues. They were recognized at the Annual Farmers and Ranchers Day Dinner at the California Mid-State Fair ceremonies on Thursday. 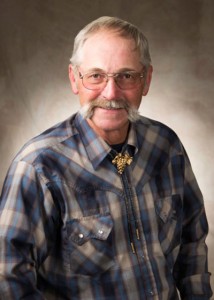 The San Luis Obispo County Farm Bureau, and its more than 1200 members, are proud to recognize county native Dale Ahrean Evenson as the 2014 Agriculturalist of the Year. Evenson is a true role model for all the great about local farming. He gives back to his community, is dedicated to his family and has an amazing work ethic. He is the current President of the San Luis Obispo County Cattlemen’s Association. His farming activities include growing pistachios, wine grapes, forage hay, cereal grains and raising commercial cattle.

Evenson was born in San Luis Obispo to Don and Barbara Evenson, the third son in a ten-person family. He grew up east of Arroyo Grande on the Biddle Ranch and attended Branch School, Arroyo Grande High School before going to Cal Poly. When he was 12 years of age he Edna 4-H, showing lambs for five years in Paso Robles. In high school, he continued to show lambs in FFA at the fair in Santa Maria. He took an active interest in FFA serving as Vice-President and then President of the Arroyo Grande Chapter. His college education at Cal Poly included a major in Agriculture Mechanics in the two-year tech program and then a B.S. degree in Agriculture Mechanics. Evenson continued that love of learning by later on enrolling in Vocational Ag Education.

Evenson went to work for the Farm Supply Company in 1976 and has proved an invaluable employee and trusted go-to person for their customers. He earns high praise from everyone whose lives he has touched. 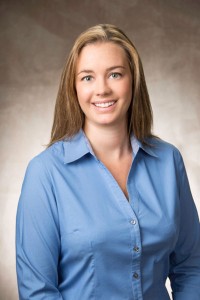 Cochrane is the daughter of Bill and Susan (Lewis) Cochrane, a sixth generation Californian and, when the drought ends, a fifth generation cattle rancher. Cochrane and her two sisters grew up helping their grandparents, Bob and Alberta Lewis, on the Navajo Ranch. Cochrane’s parents run cattle on the Navajo Ranch and Cochrane is always out helping them work cattle. The Lewis family started ranching on the neighboring Camatta Ranch in 1864. Eventually Walter Lewis was able to scrape together funds to acquire a number of homesteads in the area and they relocated to the Navajo Ranch where Alberta Lewis still resides.

Cochrane joined the SLO County CattleWomen while attending Cal Poly in 2003. In 2004, she represented the CattleWomen as their Beef Ambassador. She quickly became active at the Board meetings as a representative of the Cal Poly Young Cattlemen’s Committee. While serving as a State Cattlemen’s Convention Intern, lobbied with the California Rangeland Trust and attended many state and national conventions. In the summer she worked for many livestock shows and auctions including the California State Fair, the California Mid-State Fair, the Monterey County Fair and the Santa Barbara County Fair in addition to helping out on the family ranch. Cochrane has also been a riding member of the Cowbelle’s Trail Ride for the past ten years and helped host the 50th Anniversary ride at the Navajo Ranch in 2012.

Cochrane has always had a thing for numbers, eager to count the cattle as they were loaded and unloaded from trucks and to this day still loves attending auctions. Growing up every school holiday possible she would accompany her grandpa to the Monday cattle sale at Famosa Western Stockman’s Market, recording all of the day’s sales and returning to the ranch to prepare the day’s averages report for her parents and grandparents. School breaks and summers were spent at the ranch working cattle, repairing fences, and making ranch improvements for wildlife and cattle.

After graduating from Cal Poly in Agribusiness Finance and Appraisal Cochrane relocated to Paso Robles and started working for a community bank. She continues to work with agriculturalists as a Vice President, Commercial Relationship Manager at Heritage Oaks Bank, a Central Coast-based community bank. The bank is very active in the community and encourages employees to be active as well.

Aside from CattleWomen’s Association, Cochrane is also a member of many other organizations including The Rotary Club of Paso Robles, Paso Robles Chamber of Commerce Agribusiness Tour Committee, and the California Women for Ag. She supports The Studios on the Park, the Central Coast Cancer Support Community and California Cattlemen’s Association Political Action Committee. 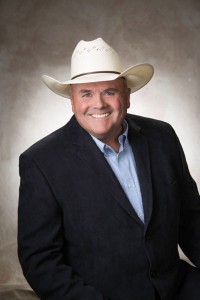 The San Luis Obispo County Cattlemen’s Association is very proud to introduce county native Mr. Dan Wixom as its 2014 Cattleman of the Year. The Association says that Wixsom is a true Cattleman for “always giving back more than he takes”.

He and his wife Carla reside in Morro Bay. Wixom’s father Dr. Dave Wixom was the only Large Animal Veterinarian on the Central Coast for many years. A graduate of Cal Poly, in Ag Business Management, Wixom bought his first herd of cows at the age of sixteen from his great grandfather Will Holland (who was a well-known local rancher). From that time on Wixom has continued to build his herd to one of the best Angus based Commercial Cow calf operations in the county, always focusing on top genetics that have resulted in outstanding merchandizing of his yearly calf crop. His cattle trucking business takes him all over the western United States, but every Saturday he can be found transporting at least one or two loads of cattle to Templeton Livestock Market. When Wixom isn’t hauling cattle, he is either busy farming or most likely helping his neighbors working their cattle, he is always just a phone call away. When branding or shipping time comes, his daughter Sarah and her husband Garret Hansen make several trips down from Linden to help out.

Wixom went through the 4-H and FFA programs showing animals here at the Mid-State Fair. Now he and Carla are there year in and out supporting both the Replacement Heifer Auction and the Jr. Livestock Auction, always giving back to the youth in his community.

He is a long time member of the San Luis Obispo County Cattlemen’s and the State and National Associations. Wixom belongs to the County, State & National Farm Bureau Organizations. He is a member of Caballeros, member and Past President of the Native Sons of the Golden West, and a founding board member of Coast National Bank. Acknowledging his many accomplishments, dedication and commitment to the ever changing industry and his outstanding contributions to the beef industry as well as his community it is easy to understand why his peers have chosen Dan Wixom to be their 2014 Cattleman of the Year.

Photos are by photographer Tom Meinhold.