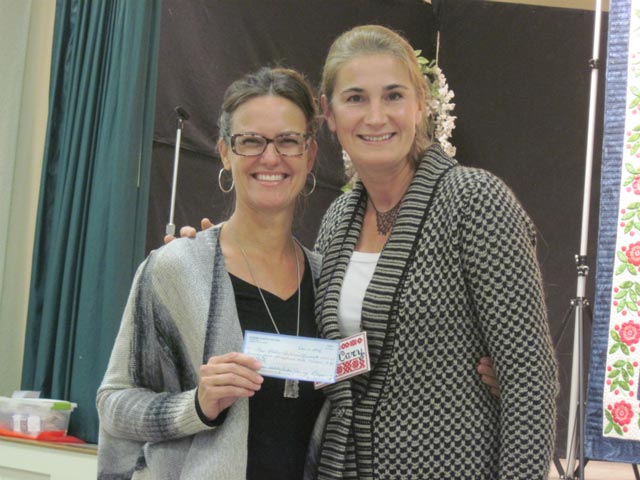 Almond Country Quilt Guild president Dora Carey presented the Paso Robles Children’s Museum with a check for $2,500 on at their general meeting on Monday. The funds were raised at the guild’s annual Holiday Quilt Auction where members donate hand made items to be auctioned off to the public. After expenses are deducted, the remaining profits are donated to pre-determined local charities.The Children’s Museum was selected as one of the charities for the 2014 quilt auction.

“We were so pleased to have been selected as a recipient this year and the donation made by the quilters will help the Museum come in on budget and end 2014 in the black. Something that hasn’t happened in the past few years,” said Museum Director Jennifer Smith. Smith added, It’s donations from community members like the quilt guild that allows the Museum to keep admission costs low. The funds will also help to support our Community Partner Program and we thank the Almond Country Quilters for all their hard work and generosity.”