An elusive French truffle is growing in Templeton 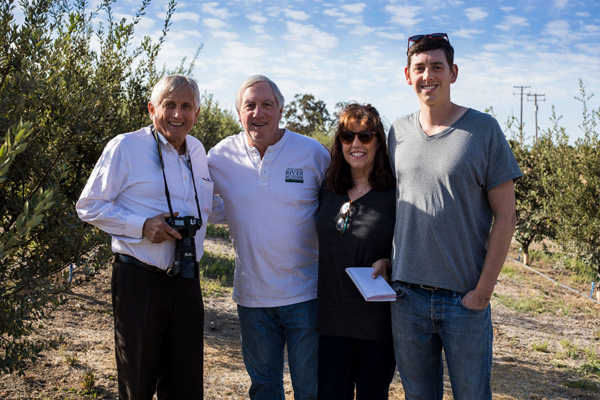 –Around six years of careful attention to 10 acres of holly oak trees have finally rewarded the Farrell family with their first crop of coveted winter black truffles, also known as the Périgord truffle.

Named after a truffle-growing region in France, the unique flavor of the Périgord makes it one of the crown jewels of the culinary world. It gets the name winter black truffle because of it’s dark color and it matures for harvest in winter.

The Farrell family, who owns Caelesta Vineyards in Templeton, planted 2200 holly oak trees in 2015 and inoculated the roots with a fertile mixture of truffle spores and other nutrients. Six years of watchful care have finally paid off.

“This most recent harvest has already sold out,” said Brian Farrell, Jr. “We expect another harvest in a few weeks.” Part of the challenge has been keeping the soil PH at the right level, enough irrigation, and keeping rodents and other things out of the truffle orchard. 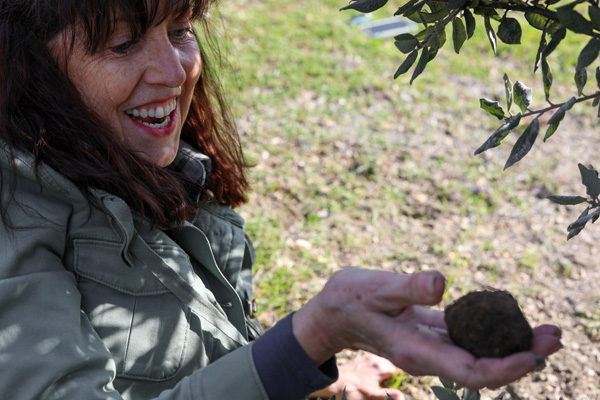 Truffles are a fungus that grow underground in the roots of certain kinds of trees. Finding them is often the job of specially trained dogs. The Farrells work with dogs from the Seattle-based Truffle Dog Company. The company services a wide geographical region including British Columbia, Oregon, California, Tennessee and North Carolina. Dogs have an extraordinary ability to smell the faintest of scents and are trained to signal when they smell truffles.

“So far we’ve harvested less than a pound that sold out as soon as the word got out,” said Farrell. “We’ll be harvesting again in a few weeks. Eventually, we expect to get around 10 pounds per acre. It’s possible to get up to 40 pounds per acre but since it varies, we  have no idea how much we can get.”

Locally, the first harvest of truffles are now in the kitchens of Les Petites Canailles at 1215 Spring Street, Paso Robles, and Six Test Kitchen, at 3075 Blue Rock Road in Paso Robles’ Tin City.

Julien Asseo, chef and owner of Les Petites Canailles said, “I think it is a great and exciting opportunity to have local home-grown truffles available. I would never have thought that black winter truffles would grow here.” Les Petites Canailles has already added shaved truffles to top off some of the dishes, including the Snake River Farms grilled American Wagyu ribeye steak, the Alsatian Tarte Flambee flatbread and the roasted wild monkfish.

“Another goal,” said Farrell, “is to add truffle availability to our wine club offerings.” For now, restaurants wanting truffles can call the winery at (805) 279-6658 or email hello@caelesta.com.