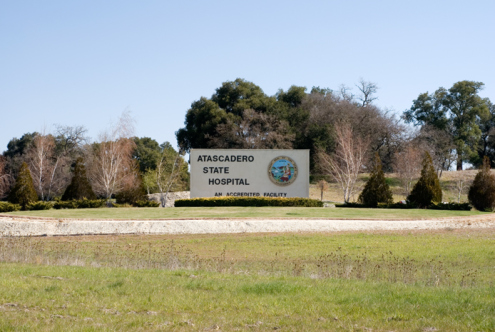 Woman claims she was discriminated against, left in ‘dangerous situations’

–A discrimination and retaliation case between Janet Ochotorena and her former employer Atascadero State Hospital (ASH) is entering its second week of litigation. Co-counsel David Sarnoff said there are more than 40 witnesses including co-workers of Ochotorena, ASH management, doctors, and other people associated with the case.

Ochotorena filed a lawsuit in 2014 alleging her former supervisor Alfred Sweet discriminated against women and left her alone with ASH patients. Ochotorena worked for ASH from 2008 until she took medical leave in 2013. According to the lawsuit Sweet, who became Ochotorena’s supervisor in 2012, began leaving her alone with patients in dangerous situations. Ochotorena reported Sweet’s actions to his supervisor but says no action was taken. ASH policy requires employees to work in groups of at least three at all times.

Ochotorena was placed on medical leave in May 2013 due to the stresses the lawsuit states she developed. Ochotorena claims her doctor has diagnosed her with Post Traumatic Stress Disorder. In the lawsuit, Ochotorena is alleging gender discrimination, harassment and retaliation. The lawsuit claims the Department of State Hospitals did not take action against Sweet. After a January 2014 claim filed with the California Victim Compensation and Government Claims Board (VCGB) was denied, Ochotorena filed the lawsuit. The VCGB Government Claims Program (GCP) resolves claims against the State. In most cases, a person is required to seek an administrative remedy with the GCP before filing a lawsuit.

The Department of State Hospitals claims Ochotorena has not proved that any of the incidents actually happened. The state also argues Ochotorena’s stress was caused by circumstances outside the scope of her employment.

After Ochotorena complained the lawsuit claims that Sweet made threatening statements to Ochotorena and began stalking her in the parking lot. After the alleged stalking Ochotorena filed reports on Sweet with the Department of Police Services at ASH with no results.

A former ASH clinical social worker, Amy Consolati, is also suing ASH for whistleblower retaliation after she was attacked by a patient in 2013. This case is not yet scheduled for court.

Sarnoff said he estimates the case will go to the jury before the end of January. David Sarnoff of Sarnoff & Sarnoff law offices and Lawrence Organ of the California Civil Rights Law Group and are the attorneys of record for Ochotorena. Deputy Attorney General Elisabeth Frater is representing the Department of State Hospitals and ASH.

Representatives from ASH have not responded to questions regarding either lawsuit.