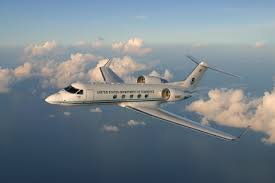 The Aviation Alliance of Paso Robles announced that it has secured a commitment to finance a new program, a Gulfstream III conversion and modernization initiative, which will be called the FanStream Project.

“The FanStream will be a like-new, Stage-3-compliant aircraft with a range approaching or exceeding 5,000 nautical miles,” said Geoff Miller, The Aviation Alliance managing director of administration. In addition to quiet, new and fuel-efficient power plants, the remanufactured FanStream will also include a state-of-the-art avionics suite, a new interior and modern cabin amenities, electrical system updates and enhancements, and new paint as well as other components that will enhance and modernize the aircraft.

“Complete details on FanStream performance, pricing and availability will be released at a later date,” Miller said. “We believe the FanStream will, with the exception of a new Gulfstream, exceed the reliability, safety, comfort and performance of any other aircraft, at a fraction of the cost.”

About The Aviation Alliance, LLC

The Aviation Alliance, LLC, manages programs that remanufacture, modernize and market aircraft that then rival or exceed new-aircraft performance, safety and reliability, at a fraction of the cost. The Aviation Alliance team is comprised of industry veterans with unparalleled track records in program management, engineering, manufacturing and marketing.