Paso Robles News|Tuesday, May 26, 2020
You are here: Home » Top Stories » B-17 bomber that crashed in Connecticut had visited Paso Robles

B-17 bomber that crashed in Connecticut had visited Paso Robles 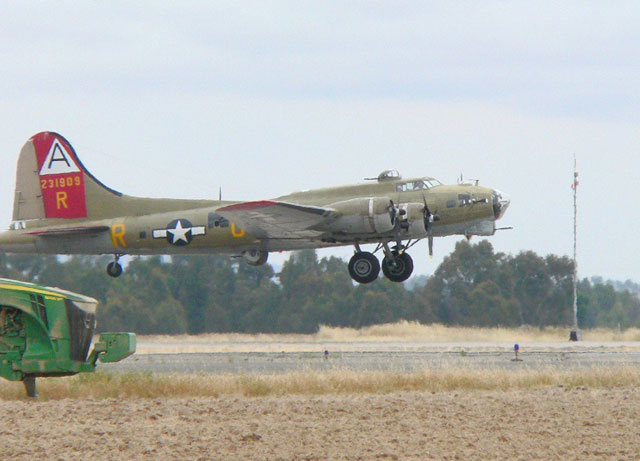 A B-17 bomber visiting the Paso Robles Airport. Photos by Charlee Smith.

A World-War-II-era B-17 bomber that crashed Wednesday in Connecticut was the one that visited the Paso Robles Airport a couple of times in the last two years.

Thirteen people — 10 passengers and three crew members — were on board when it crashed at the end of a runway in Connecticut, authorities said. Multiple people were killed and injured.

The bomber crashed into a building while trying to land at Bradley International Airport in Connecticut, officials said. A “Wings of Freedom Tour,” similar to the events Paso Robles, featuring the B-17 and other aircraft, was scheduled at the airport this week.

At least seven people were killed and seven others were injured, officials said. This was not the plane’s first crash: In August 1987, the B-17 crashed during an air show in western Pennsylvania, causing injuries but no fatalities.

Local photographer Charlee Smith sent Paso Robles Daily News photos of the plane’s visit to Paso Robles. “My dad George was a tail gunner for 25 missions in the B-17 over Europe in WWII, which played a major roll in my lifetime passion for aviation, he said. “Over 10,000 of the Flying Fortresses were built, but up to 60 of the bombers were being shot down each day at the peak of the conflict. Every time I see a B-17, which is one of the most unique and beautiful aircraft ever built, I’m reminded of the ultimate sacrifices that were made by the Greatest Generation. Very sad and tragic.”

The plane, named Nine O Nine, visited Paso Robles in May 2018, and again a year later. The National Transportation and Safety Board is investigating the cause of the accident. 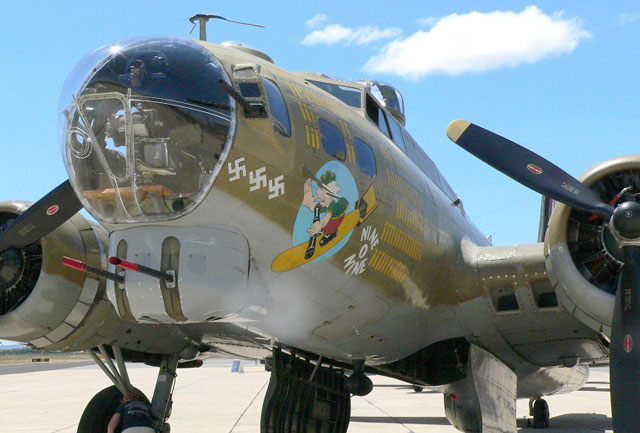