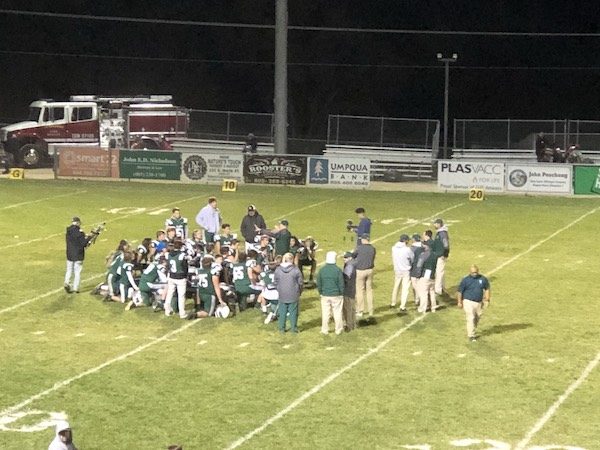 The Eagles end the regular season with a record of 9-1. They were 3-0 in the Ocean League. They will learn of their first-round opponent in the CIF-Central Section play-offs at noon on Saturday.