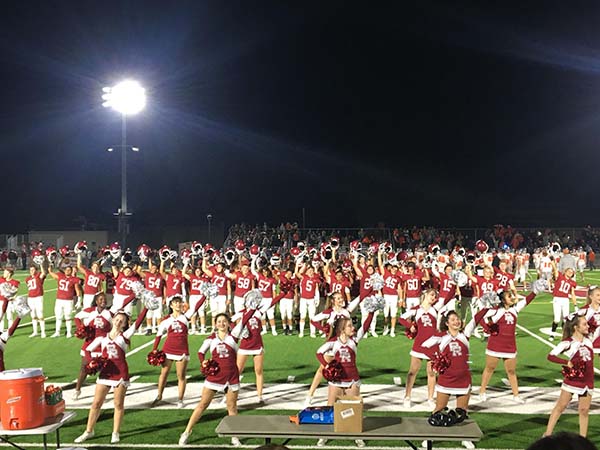 –The Paso Robles Bearcats beat the Atascadero Greyhounds 21-6 Friday night at War Memorial Stadium. The Bearcats scored a touchdown in each of the first three quarters, and stifled the Atascadero defense. Late in the first quarter, the Bearcats Devin Mowreader scored on a 13-yard run. The point-after kick made it 7-0. 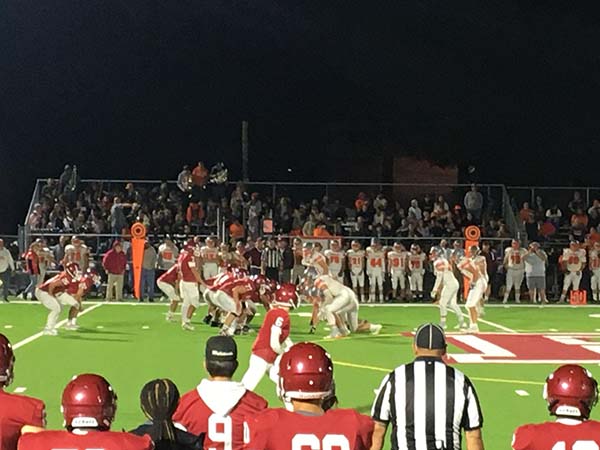 The Bearcats threatened again early in the fourth quarter, but Greyhound Kane Cooks recovered a fumble on their own 14- yard line. QB Evan Moscardi completed a pass to Cole Tanner to move the ball to the Bearcats 44-yard line. The drive ended when the Bearcats intercepted a pass on their own 12-yard line. In the final minute of the game, Greyhound Evan Moscardi completed a 17-yard touchdown pass to Jarren Fisher. The point-after attempt failed.