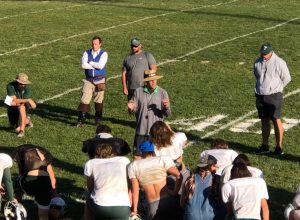 –The Paso Robles Bearcats host the Atascadero Greyhounds Friday night at War Memorial Stadium. Kick-off is at 7 p.m. for the annual rivalry game.

Besides bragging rights between the North County’s largest communities, the game will probably be the final game of the season for each team.

The Templeton Eagles host Nipomo Friday night in a non-conference game which will conclude each team’s regular season. The Eagles are expected to advance to the CIF-Central Section playoffs. The Templeton Eagles are 8-1 for the season and ranked #2 in their CIF-CS Division IV. They are the top-ranked team in the county, according to Max Preps. The Nipomo Titans are 4-5 for the season, however, they beat the Eagles in their last four meetings.

The Cif- CS playoff berths will be announced Saturday afternoon.