Blind winemaker makes his vision for award-winning vino a reality 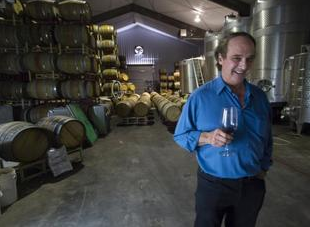 Winemaker David Hunt, of Hunt Cellars, is seen in the barrel room at his Destiny Vineyards in Creston. Photo: Sacramento Bee

PASO ROBLES — David Hunt asks his winemaking assistant to fetch three glasses: one filled with cabernet sauvignon, another with cabernet franc and a final glass that’s empty. Hunt has no idea exactly how much wine fills the two glasses. Even their densely purple color remains a mystery to him. Though the light in his winery’s lab glows bright and fluorescent, the celebrated Central Coast winemaker sees only darkness.

Slowly, with a bit of wine spilling as he pours, Hunt splashes a few ounces of cabernet franc into the empty glass. Then he stops suddenly and places a finger precisely at the fill level.

“I’m listening where the sound is in the glass,” Hunt said on this recent summer day. “When I’m filling the glass I can listen to the pitch change. Wine has volume, wine has weight. The more dense the wine, the different the sound I pick up.”

Hunt relies on his hearing because he lost his eyesight more than an decade ago. He’s a rare blind winemaker who clues into his other senses to create wines for his Hunt Cellars, an award-winning Paso Robles winery. Instead of using meticulous calculations and laboratory beakers, Hunt blends by feel, taste and smell to express the best flavors of his vineyards. Some of those blends are created in a single glass, with the ratio later used to fill thousands of bottles. Sean Morris acts as Hunt’s assistant, ensuring the production goes smoothly, and a handful of consultants oversee the vineyard operations. 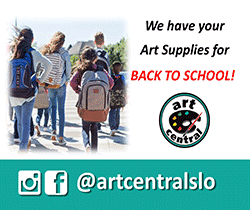