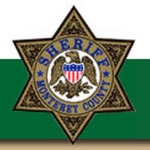 The incident began when a reporting party called the sheriff’s department at 2:40 p.m. to report they “found a bag what appeared to be old hand grenades,” according to the sheriff’s log.

The bomb squad responded and determined the devices to be old gas canisters. They destroyed the hazards. A witness on the scene said it was a big explosion.

No one was arrested. No other details were available.