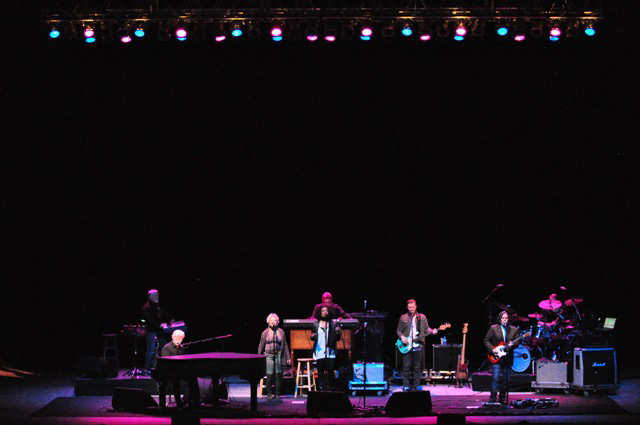 –Friends and fellow musicians Boz Scaggs and Michael McDonald lit up the Vina Robles Amphitheatre Wednesday night as they brought iconic and new tunes to the nearly-sold-out crowd.

Scaggs, a singer, songwriter, and guitarist, started the night off with two of his classics, JoJo and It’s Over, to get things hopping in Paso Robles as local fans mingled with visitors that had traveled from various locations to take in the concert. Scaggs shared his appreciation for the crowd and the local area in particular, saying he will always have a special connection to Paso Robles; seems he purchased some of the grapevines for his vineyard from Tablas Creek. 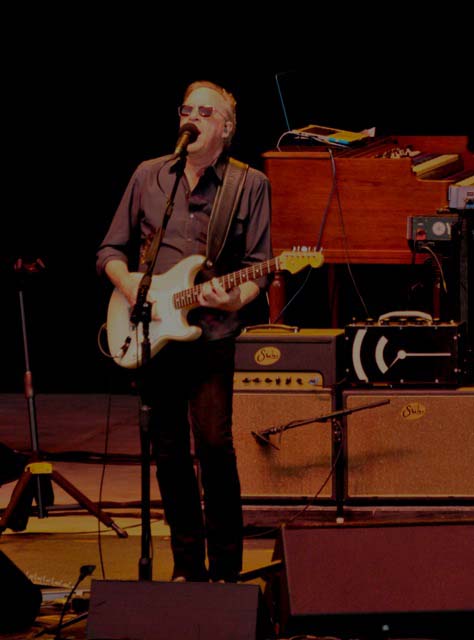 Boz Scaggs’s iconic voice and smooth entertaining style is ever-present throughout the evening concert at Vina Robles Amphitheatre as he croons classics including Harbor Lights, Georgia, Lowdown, and Lido Shuffle along with fan favorites such as Rich Woman, Some Change, and Cadillac Walk. Photo by Meagan Friberg

Interspersing classics with newer songs, Scaggs’s iconic voice and smooth entertaining style was ever-present during Drowning In The Sea, Rich Woman, and Some Change. With Harbor Lights and Georgia, Scaggs delivered studio-perfect pitches and picked up the pace with Cadillac Walk and Look What You’ve Done.

The crowd was on its feet, singing and dancing along, as Scaggs and his band continued the set with Low Down and Lido Shuffle. The crowd simply couldn’t get enough of those vocals and, although he never left the stage, Scaggs and the band performed an encore of sorts with What Can I Say and Loan Me A Dime before his final song, You Never Can Tell, to a standing ovation. 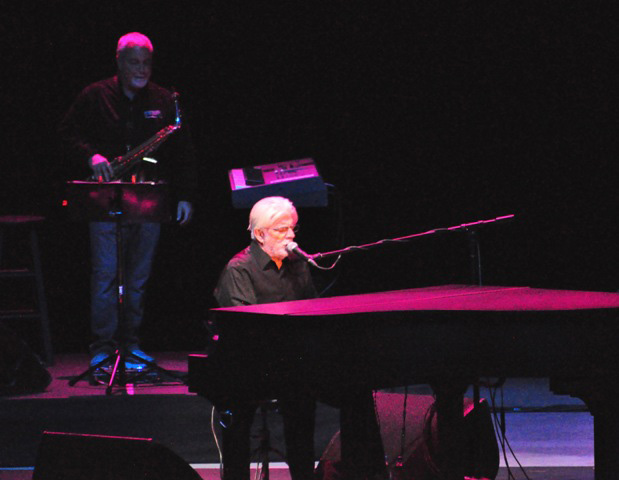 Opening his set with Ya Mo Be There and Keep Forgetting, Michael McDonald serenades the crowd at Vina Robles Amphitheatre with a mixture of songs, from the classic Sweet Freedom to newer tunes including Half Truth. Photo by Meagan Friberg

After a brief intermission, Michael McDonald opened his set with Ya Mo Be There and Keep Forgetting. He serenaded the crowd with a mixture of songs, from the classic Sweet Freedom to newer tunes including Half Truth, a stirring tune he attributed to writing with his son, Dylan. The singer and songwriter, formerly of the Doobie Brothers and Steely Dan, showed his prowess on the piano and guitar throughout the night.

McDonald’s wife, Amy Holland, a Grammy-nominated and well-known singer, joined the band onstage through most of the concert as back-up. When the couple met front and center for a duo of Hail Mary, the harmonies were perfect. Notably proud and loving towards his wife, McDonald encouraged the crowd to give a listen to Holland’s latest album, Light On My Path.

The crooner kept the entertainment going with Find It, I Can Let Go Now, Strong Enough, Beautiful Child, and Doobie Brothers classics including Minute By Minute and What a Fool Believes – two songs that had the crowd on its feet, clapping, dancing, and singing along. 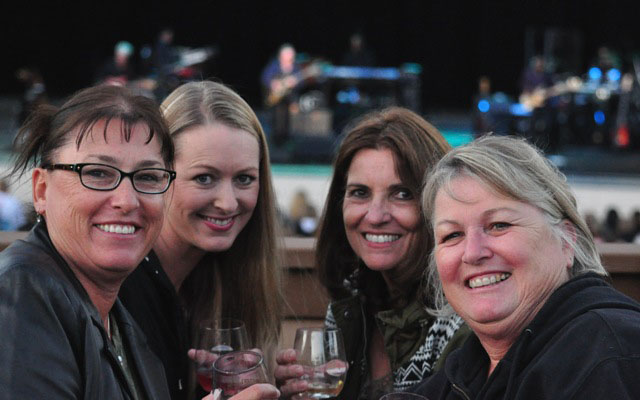 Just when the evening seemed to be coming to a close, fans decided they craved more of McDonald’s melodies. And he and his band obliged with a roaring encore that started with a rendition of Marvin Gaye’s What’s Going On. “Let’s sing this song together as a prayer,” McDonald said, “and hopefully the rest of the world will hear us as well.”

The Paso Robles crowd continued adding its voice to the final tunes of On My Own – singer Drea Rhenee’s vocals were on-point with McDonald’s – and Takin’ It To The Streets. It was a fabulous evening with two fabulous entertainers and their bands delivering spectacular performances. 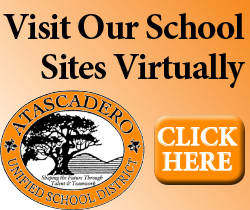