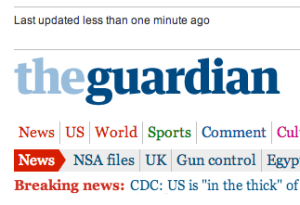 The United Kingdom’s Guardian newspaper this year included Paso Robles in its “Where to go in 2014” feature article. Paso Robles ranked number 15 out of 40 travel recommendations. It ranks the Paso Robles wine country among other more famous international tourist destinations such as Bordeaux, Alberta and Cape Town. Read excerpt below:

Holiday hotspots: where to go in 2014

Start planning your 2014 travels with the help of our top 40 destination round-up. Some are hosting major events, others are under-the-radar places only just starting to attract tourists, but all of them are inspiring or exciting right now. 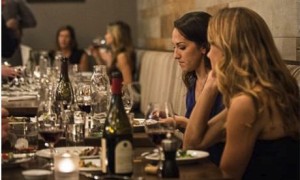 Napa and Sonoma wine-tasting rooms can get crammed with cheesy honeymooners but Paso Robles attracts an earthier oenophile – which isn’t to say that the wine’s not excellent. Dubbed “the anti-Napa”, Paso is slowly transforming into one of America’s foodiest little towns.

“You can feel the energy,” says Steve Heimof of Wine Enthusiast Magazine, which recently named Paso Robles wine region of the year. “Over the past two years these winemakers have been making crazy, wild blends of red. It would be hard to do that in Napa: it’s so traditional there.”

Since 2000, the number of wineries has quadrupled to 200 (sample top zinfandels and red blends at Dusi Vineyard or Epoch Wines , and while it seems a new chef moves in from LA or San Francisco every few months, an “old” favourite restaurant (circa 2006) is Artisan, famous for decadent lamb-leg dip and Cuban sandwiches.

“It’s been exploding – for good and ill,” says Jon Bonné, wine editor for the San Francisco Chronicle. “There’s more tourist infrastructure – restaurants, small bakeries, places aimed at visitors who might not have appreciated Big Bubba’s Bad to the Bone BBQ.”