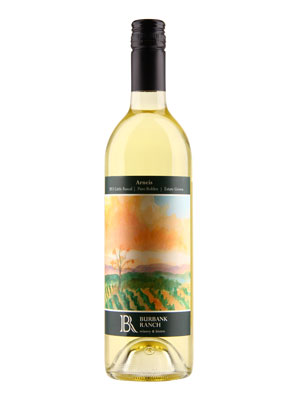 The 2014 wine awards season has been a big success for Paso Robles’ Burbank Ranch Winery. So far, the producer has won Gold Medals from the following competitions:

Comprised of vineyards in Paso Robles’ El Pomar District, a downtown Paso Robles eatery and full service tasting room, Burbank Ranch Winery & Bistro is devoted to producing food-friendly wines that complement their own house-made cuisine. Established by Fred and Melody Burbank in 2008, the 45-acre Burbank Ranch vineyard is SIP-certified and planted to 16 varieties, including many of those the Burbanks have tasted and enjoyed throughout extensive travels in Italy, France, Spain, and beyond. Fred and Melody chose the El Pomar District for its terroir, which is suited to producing the balanced, food-friendly wines about which they are so passionate. At Burbank Ranch Bistro, these wines are available in flights or by the glass, and are complemented by nouvelle French-California cuisine. Burbank Ranch Winery & Bistro serves lunch and dinner, Tuesday through Sunday, and is located just one block off Paso Robles’ charming City Park at 1240 Park Street, Paso Robles, CA 93446. Limited reservations are available by phoning (805) 227-4538.