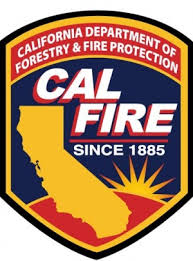 California’s increased fire activity this year, coupled with record-setting drought conditions, have spurred Cal Fire to take every step possible to prevent new wildfires from starting, the agency said in an announcement.

“In order to reduce potential ignitions and in support of the Declaration of a Drought Emergency in County of San Luis Obispo and the Governor’s Drought State of Emergency declaration it has prompted Cal Fire San
Luis Obispo to suspend all burning permits and open fires within the State Responsibility Area and within
the Local Responsibility Area under contract with Cal Fire beginning July 1, 2014,” the statement said.

This burn suspension will remain in effect until there is enough precipitation to reduce the fire threat.

Cal Fire is urging residents to do their part to be fire safe during this critical time and to make sure they have prepared an emergency plan in case a fire threatens their home or family. Here are some tips all citizens can use to prevent wildfires:

Campfires within organized campgrounds or on private property are allowed if they are in a designated campfire site that prevents fire from spreading outside the site. The burning suspension will remain in effect until there is a significant change in weather conditions or until the end of fire season.

Nearly ninety-five percent of all wildland fires within Cal Fire’s jurisdiction are human-caused and Cal Fire is asking the public to do their part in preventing wildfires.