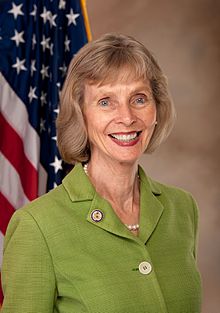 In July, Capps led a letter from members of the California Congressional Delegation to U.S. Department of Interior Secretary Sally Jewell, urging her and the Bureau of Ocean Energy Management (BOEM) to take such action. The decision from BOEM and the Department of Interior specifically cites the opposition of Pacific Coast states to new oil and gas development off their coasts as the reasoning for not including the Pacific Coast in the draft proposal.

“I am pleased that the Department of Interior and BOEM heeded our request to prohibit new offshore oil and gas lease sales off the coast of California,” Capps said. “As residents of the Central Coast are well aware, offshore oil drilling can have devastating environmental consequences, and I believe these risks far outweigh any potential benefits. Instead of focusing on the fuels of the past, we should foster and support the sustainable energy industry which has grown to be an important part of the Central Coast economy.”

Capps has led the fight in Congress to stop offshore drilling on the Outer Continental Shelf. For example, she has authored the California Ocean and Coastal Protection Act, which would ban new exploration and drilling for oil and gas off the California coast, every year since 2006.