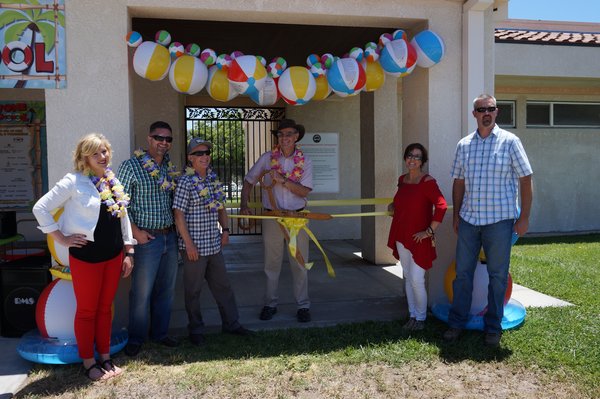 –The City of Paso Robles officially opened the Centennial Pool for the first time in five years at 12.30 p.m. on Monday, June 13. Members of the community, Paso Robles City Council, contractors and city staff attended the grand reopening and ribbon-cutting ceremony. The pool gates were then opened to swimmers from 1 p.m with Oletha Hagen (8) the first to take the plunge. 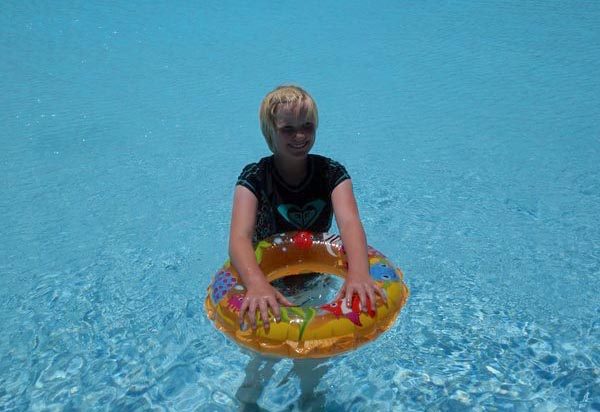 Oletha Hagen (8) was the first to take the plunge.

Director of Library and Recreation Services Julie Dahlen said she truly felt Centennial Pool was symbolic of the community and its resilience as a city. “Thank you to all those that worked on the project,” she said. “We greatly appreciate the support of elected officials and the community,” she said.

Paso Robles Mayor Steve Martin said the opening was truly an amazing occasion. “We have got a lot of use out of Centennial Park, due to the recession though we had to close the pool down five years ago,” he said. “Paso Robles is a can do community. We as a community decided the pool was important to our kids and community. I want to thank everyone involved, it was an incredible show of team work.” 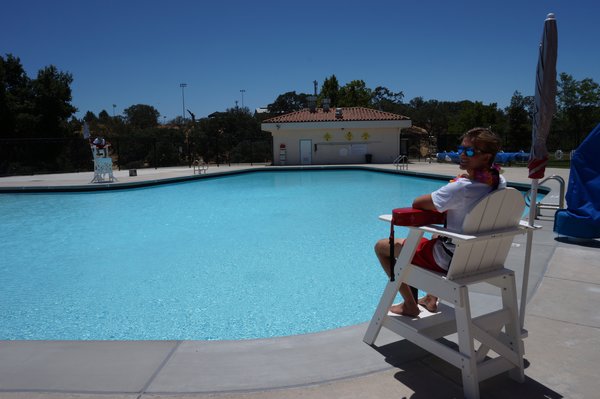 Summer lifeguard Keaton Frahmann is ready for the swim season.

Martin and Paso Robles City Councilman Steve Gregory rallied community support for the Centennial Pool reopening earlier this year by raising $75,000 at the Everyone In the Pool fundraiser held Saturday, Apr. 30 at Centennial Park.

The Centennial Pool has undergone construction over the last several months with necessary upgrades, deferred maintenance and accessibility standards addressed.

Centennial Pool will have a full aquatics schedule this summer including swimming lessons, community swim times and pool parties. Two-week swim lesson sessions will be held between June 20 and Aug. 12, 2016. 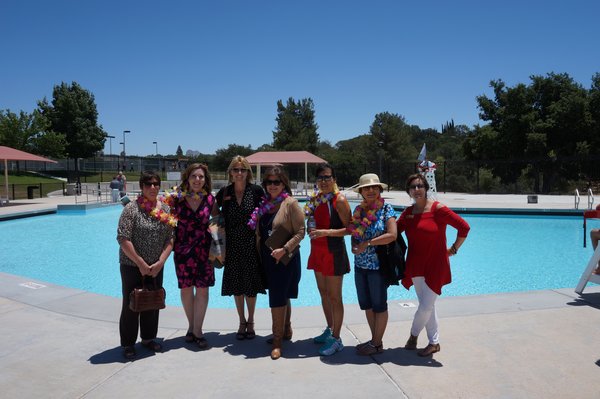