Chamber of Commerce introduces new chairwoman and board members 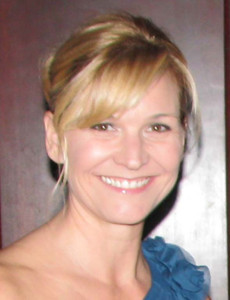 Joining the Board of Directors for 2014 are Jon Ansolabehere, John Arnold, Jennie Enholm, Gina Lucich-Fitzpatrick, Ian Hoover, Alex McGillivary, Bruce Ray and Jeff Weidler. In addition, the board welcomes its new chair, Daniele Fresca, and re-elected members Jeff Bower and Robert Covarrubias. Board members are elected for two years, and may serve no more than two terms.

The newly elected chair for the Board of Directors, Daniele Fresca, will take over for Debbie Belmore, 2013 Board Chair. Fresca is the director of marketing for IQMS, a high-tech software manufacturing company located here in Paso Robles. She is an advocate for the growth and success of the city of Paso Robles, from its youth to its businesses. She lends her time and effort to programs around Paso, including Adopt-A-Park. Fresca has also been active within the chamber in numerous ways, serving as an ambassador for three years and as the chair for the annual dinner silent auction.

A California native and graduate of UC Santa Barbara, Dauterman returned to California in 2007 to wet her feet in the wine industry after spending three years on the east coast working for management consultancy Booz Allen Hamilton. She began her career at JUSTIN as the Sales & Marketing Coordinator, working with both wholesale and direct to consumer teams to develop point of sale material. From there she moved on to her current position as Senior Manager, Tasting Room & Guest Experience where she is responsible for overseeing the entire winery experience — the Tasting Room, JUST Inn, and The Restaurant at JUSTIN.

Enholm is a financial specialist. Previously, she has been president and CFO for a number of startups and large corporations, and has a record of helping manage businesses’ profitability through growth and contraction. She has served on the Board of several organizations including the Association for Corporate Growth, Community Environmental Council and Equine Sports Foundation. As a CPA, Jennie owns her own accounting firm here on the Central Coast, is a lecturer at Cal Poly, and a lead consultant for the SBDC. She specializes in helping startups and small businesses create success through proactive accounting and advisory services including design and management of cost effective accounting solutions, financial modeling, capital acquisition and negotiation, and internal financial analysis. As the previous founder of a number of companies, Jennie has a true admiration and understanding for the entrepreneurial spirit and persistence that it takes to run a business. This mentality makes her a perfect fit for the board and motivates her to find innovative ways to address the financial needs of local small businesses.

Hoover is the General Manager of Paso Robles Waste & Recycle, Paso Robles Roll-Off, and Country Waste & Recycle. These Companies provide residential and commercial Solid Waste Services to the City of Paso Robles and surrounding areas. Paso Robles Waste & Recycle is a proud Chairman Circle Sponsor, and has been servicing the area and supporting the Community since 1957. He is a skilled engineer and fabricator, and has been working in the Waste Industry for over a decade. While studying Mechanical Engineering at Cal Poly, Ian worked part-time for Paso Waste. He then formed his own company, Sphere Energy Corporation, which recycled and transformed used kitchen grease from restaurants into biodiesel fuel. Ian understands the needs of small businesses, and has gained much experience working with local government. Having grown up in Paso Robles and Templeton, he has intimate knowledge of the area, and a passion to maintain its charm while ensuring its vitality. Ian spends his free time working on numerous projects, as well as enjoying his friends and family.

Lucich-Fitzpatrick is a fifth generation citizen of San Luis Obispo County and has earned the position of Vice President, Branch Manager of Mission Community Bank in Paso Robles. With nearly ten years in the banking industry, primarily working in the business development arena, she possesses a broad understanding of the business community in our local marketplace and the agricultural businesses of our rural populace. She has served on multiple boards including: The Cambria Rotary Club, Native Daughters of the Golden West, and Camp Ocean Pines. Recently, she joined the Paso Robles Chamber of Commerce Ambassador team and was the co-chair of the 2013 Business Expo. Due to her commitment to the advancement of today’s youth, Gina has volunteered as a Camp Counselor at RYLA (Rotary Youth Leadership Awards) for the past five years and plans to continue for years to come.

Growing up in Bakersfield it has always been a dream for  McGillivary to settle down and raise a family in the Paso Robles area. After graduating from UCSB with his degree in financial math and statistics, he has traveled the country and worked diligently to learn and grow as a professional to someday earn a decent living on the Central Coast. His experience lies in the fields of commercial real estate, financial advice, and investments. After much work, his dream came true last year in earning his way to a great job with a great company here in Paso Robles. In his role as a Regional Bank Private Banker with Wells Fargo he is tasked with advising and managing the relationships of high net worth families and business owners for their banking, investment, trust, lending, and estate planning needs. His first child Grace will be born in November and he is committed to doing his part in maintaining the values and culture that makes Paso Robles such a great place to live.

Ray has led The Tribune and SanLuisObispo.com as President and Publisher since 2008. He joined the company as CFO in 2007. During his tenure the company has successfully transitioned to a multimedia company with >400,000 monthly visitors, 36 million pageviews, and the largest circulation on the central coast of California. Prior to The Tribune, Bruce was an executive with Trimble Navigation. During his tenure there he served in senior roles across three divisions including the lead finance executive for the company’s largest division, which had over 1,000 employees located in 10 countries. He also served as a sales executive with responsibility for the Western US. Before Trimble, Bruce worked at several Fortune 500 companies including Nissan, Mars, and Intel. His prior media experience includes Excite@Home a Silicon Valley internet company. Since his arrival in SLO County, Ray has been actively involved with community, regional, and statewide organizations. He serves on the board of the California Newspaper Publishers Association, the Economic Vitality Corporation, and he is the Vice Chair for the Central Coast Economic Forecast.

A Silicon Valley technology entrepreneur, Weidler relocated to Paso Robles in 2002. Shortly thereafter, he founded WineWare Software, which is the leading supplier of winery software nationwide serving over 600 wineries. Prior to WineWare, Weidler owned and managed several technology companies including taking 2 companies though a successful public offering. Weidler is very experienced at creating and developing national brands with an emphasis on marketing and sales. He brings enthusiasm, organization and a passion for the Paso Robles experience to the Board. He would like to promote business and tourism in the area, particularly in the technology and wine industry segment. Weidler was born in Lancaster, PA and migrated to Colorado, then to California in 1980. He was educated at the University of Colorado.

Bower is the Vice President of Consulting at TekTegrity Inc., #2131 on the Inc. 5000 list of the fastest growing private companies in America for 2012. His company provides information technology services to businesses, schools, local governments, and non-profit organizations throughout California’s Central Coast and Central Valley. Born and raised on the Central Coast with family roots in Paso Robles dating back to the early 1900s, he graduated cum laude from Cal Poly with a degree in Business Administration in 2002. In the community, he currently serves on the Board of Directors for the Paso Robles Children’s Museum, Paso Robles Chamber of Commerce, and Agape Church in San Luis Obispo, as well as representing the Chamber on the Paso Robles City Supplemental Tax Oversight Committee, and supporting the Chamber as a Chairman Circle Sponsor. He and his wife, Michelle, live with their three children in Templeton on land that has been in the Bower family for generations.

Covarrubias relocated to Paso Robles in 1982 and graduated from Paso Robles High School in 1986. He started his banking career with Templeton National Bank in 1990. Now, after 23 years in banking, Robert currently works for CoastHills Federal Credit Union and oversees all of the business lending functions for the company. He loves Paso Robles and gives back whenever possible. He currently serves as a Board Member for the North County Boys and Girls Club, Vice-President of the Bearcat Boosters Board of Directors, President of NCI Affiliates Board of Directors and of course, a Board Member and Past President of the Paso Robles Chamber of Commerce. Previously, Covarrubias was involved as a coach with AYSO, Paso Robles Little League Baseball and Bulldog Baseball Club along with a number of other non-profit organizations throughout the North County.

Returning Board Members for 2014:

The Paso Robles Chamber of Commerce will welcome its new Board members at the December Board of Director’s meeting and will also recognize them at the Chamber’s Annual Installation Dinner & Awards Gala on January 11, 2014 at Broken Earth Winery.