CHP will observe the New Year with maximum enforcement

–The California Highway Patrol urges the first resolution everyone could make for 2016 is to start the year safely. Planning for safe and sober rides can be the most important step to take. 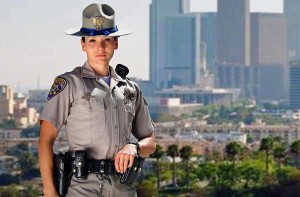 The CHP will observe the New Year with a Maximum Enforcement Period from 6:01 p.m. on Thursday, Jan. 31, 2015, to 11:59 p.m. on Sunday, Jan. 3, 2016. All available personnel will be on duty and although the CHP will be focused on impaired drivers, officers will also watch for distracted driving and other infractions such as not wearing seat belts.

“Drunk driving is one of the deadliest crimes we face as a nation,” CHP Commissioner Joe Farrow said. “Make sure the plans for your New Year’s celebrations include a safe way to get home for you and your passengers. If you are caught driving under the influence, you will be arrested.”

During the 2014-2015 New Year’s holiday, 28 people died in collisions on California roadways. Of the 13 vehicle occupants killed in the CHP’s jurisdiction, seven were not wearing seat belts. In addition, CHP officers made more than 1,100 arrests for driving under the influence during the 102-hour New Year’s maximum enforcement.

The National Highway Traffic Safety Administration reports that teen drivers are at greater risk of death in alcohol-related crashes than any other age group, even though they are too young to buy or possess alcohol legally. In 2013, 19 percent of the teen drivers involved in fatal crashes nationally had been drinking.

“While you are ringing in the New Year, our officers will be out ensuring 2016 starts safely,” Commissioner Farrow said.

Posted in:  Region
About the author: Publisher Scott Brennan