Paso Robles News|Wednesday, May 12, 2021
You are here: Home » Politics » City attorney named among top 25 in state 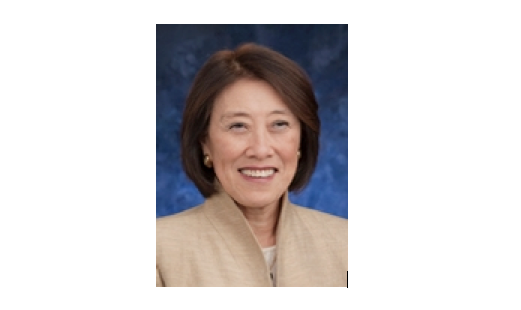 The Daily Journal this month named Paso Robles City Attorney Iris Yang on of its “Top 25” municipal lawyers in California for 2012.’

Yang, an attorney with Best & Krieger LLP is based in the firm’s Sacramento office. She has served as the city attorney to Paso Robles since 1994. More recently, she has been heavily involved in litigation focused on the fall-out from the end of redevelopment agencies in California.

“We are thrilled to have our municipal law practice group recognized so prominently by the Daily Journal,” says Eric Garner, BB&K’s managing partner. “The honor reflects the commitment our firm has made to doing outstanding work for our municipal clients.”

In League of California cities et al. v. Ana J. Matosantos, et al, she is representing the League of California Cities in challenging the penalty provisions of AB 1484 on constitutional grounds. AB 1484 was intended to clean up last year’s redevelopment agency dissolution bill but instead has created additional widespread confusion and spawned dozens of lawsuits.

In another case, Yang obtained a preliminary injunction against the state from imposing any penalties on the Town of Apple Valley for the redevelopment successor agency’s refusal to make a payment that the successor agency said it didn’t owe the state.

She also represented Galt in a case where the state agreed that Sacramento County could release money to Galt’s redevelopment successor agency to make bond payments. Yang also represents the Morgan Hill Economic Development Corporation, a non-profit corporation established by the city of Morgan Hill, in challenging the state controller’s determination that the corporation should return certain properties and money to the Morgan Hill successor agency.

Since 1994, Ms. Yang has been the city attorney for the City of Paso Robles, working on a full range of municipal issues, including land use, elections, conflicts of interest, CEQA, public financing, Proposition 218, redevelopment, and litigation on a variety of issues. She has developed a sub-specialty advising public agency clients on conflict of interest matters under the Political Reform Act, Government Code section 1090 and common law, as well as in lobbying, economic disclosure and campaign finance matters. Ms. Yang has represented both public and private clients before the state Fair Political Practices Commission and regularly provides ethics training seminars mandated by AB 1234.

The Daily Journal Corp., publisher of the Los Angeles and San Francisco Daily Journals, issued its list of the top 25 municipal lawyers in California in a special supplement to Dec. 5 editions.