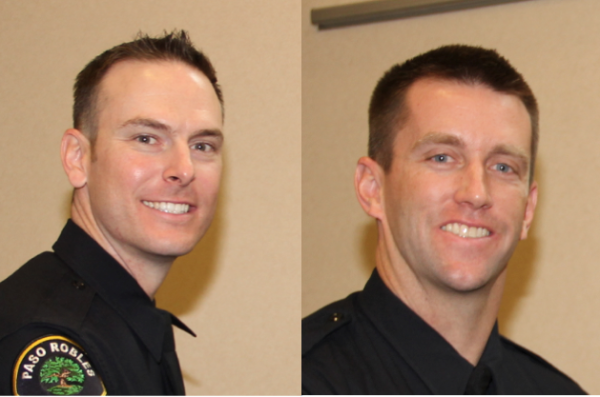 The Paso Robles Police Department welcomed two new police officers to the force today. Officers William Marvos and Tyler Hammon were appointed today at ceremony to be held at 10:00 am in the Department’s Emergency Operation Center.

Officer Tyler Hammon is also a police veteran who transferred to Paso Robles after spending the first six years of his career with the Port of Los Angeles Police Department. Officer Hammon holds a Bachelor’s Degree from the Oklahoma State University.

Officers Marvos and Hammon become the 30th and 31st Police Officers employed by the City of Paso Robles.