Rate hiked from $20 to $25 for typical residential load

The Paso Robles City Council acted this week to stem falling landfill revenues by raising fees. The increase will effect haulers and members of the public who pay to deposit waste at the landfill.

Revenue from tipping fees cover the cost of landfill operations, regulatory compliance, and other related solid waste management activities. Additionally, a portion gets deposited into the State-required fund for future landfill closure costs.

The current rates in effect were set in 2002. A combination of decreased tonnage due to recycling and slower construction activity and increasing operational costs resulted in a decline in overall tipping fee revenue from more than $2.2 million in 2006 to less than $1.6 million in 2012.

The city’s municipal solid waste landfill located near the intersection of Union Road and Highway 46 has been in operation since 1970. 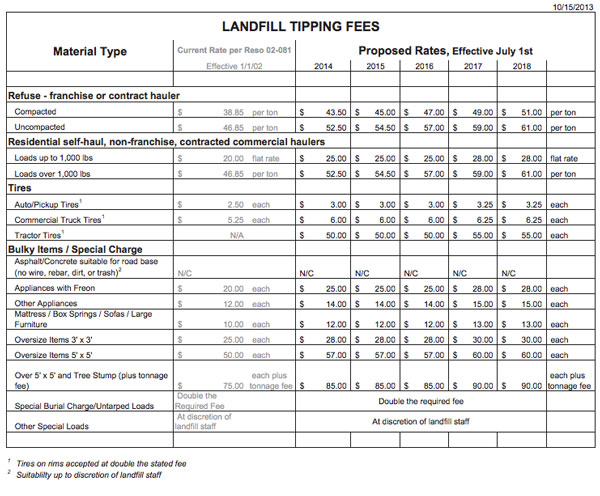