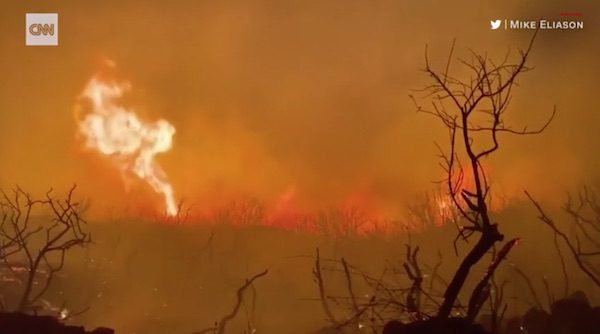 –What has been dubbed the “Cave Fire” started in the Santa Ynez Mountains a few miles northwest of Santa Barbara late Monday afternoon and had scorched about 4,100 acres by early Tuesday, according to a CNN story posted Tuesday morning.

The fire, stoked by winds, has threatened structures in the area, which include multimillion-dollar homes and ranchettes. So far no homes have been burned, according to the report.
Officials said the fire was advancing toward populated areas in the cities of Santa Barbara, home to about 92,000 people, and Goleta, with about 31,000 people. It was 0% contained early Tuesday, officials said.
Click here to view the full CNN story.
Share this post!