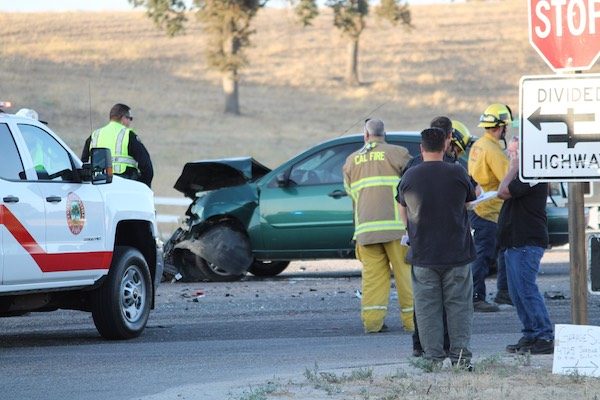 –On Monday at 5:59 p.m. Paso Robles Police and Paso Robles Fire Department responded to the intersection of Highway 46 & Union Road in Paso Robles for a two-vehicle traffic collision.

When crews arrived on scene at 6:04 p.m. they discovered both eastbound lanes on Highway 46 were blocked and that a Cal Fire unit was already on scene rendering aid to the occupants of both vehicles. 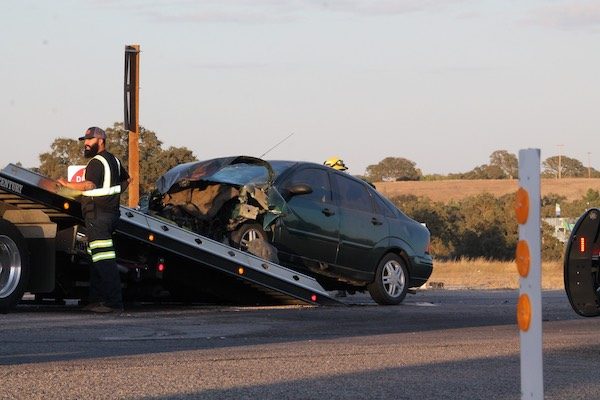 One vehicle involved was a green older model Ford Focus, the second vehicle was a U-Haul truck. The Ford Focus was reportedly going northbound into the intersection and the U-Haul truck was traveling eastbound on the 46 when the collision occurred. No injuries were reported as a result of the collision.

PRPD had the eastbound lanes reopened by 6:23 p.m.

Report and photos by Anthony Reed