For the first time ever a singer/songwriter wins Nobel Prize for his lyrics, but is it “literature”?

For the first time in the history of the Swedish Academy, a singer-songwriter has won the Nobel Prize for Literature. Of the 113 recipients of the prize, 33 poets have been recognized, among them William Butler Yeats, Rabindragath Tagore, Pablo Neruda, Gabriela Mistral and Joseph Brodsky. But never before has a popular figure in the field of music won for his lyrics. 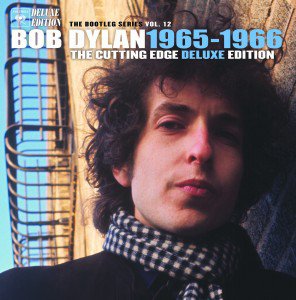 On Thursday, Professor Sara Danius, Permanent Secretary of the Swedish Academy, announced Bob Dylan, 75, as the 2016 Nobel Prize for Literature winner, and said he had been chosen “for having created new poetic expressions within the great American song tradition.”

Reached for comment American poet Sholeh Wolpé, who sometimes performs her poetry with live musicians, said, “I was pleasantly surprised, because I thought to myself ‘yes, of course—in every culture, poetry began as song.'”

San Luis Obispo’s Poet Laureate, Marguerite Costigan, was elated. “You know,” she said, “I once heard someone opine that in the future, because of all our technological advances, all that would be left of modern literature would be Bob Dylan, and I agreed with that. It doesn’t surprise me that they gave the prize to a lyricist.”

Said Kevin Patrick Sullivan, cofounder of the 33-year-old San Luis Obispo Poetry Festival, held every November, “I thought Dylan getting the Nobel was extremely cool. His songs are like poems and he has a massive body of work—and all his work is good. For me, the lyrics are what’s important in a Bob Dylan song. I’m intrigued by the language and what he’s saying.”

Not everyone is elated at this surprising news. Commenting in The Telegraph of London, historian Tim Stanley suggests that “a world that gives Bob Dylan a Nobel Prize is a world that nominates Trump for president.” Stanley wrote, “If the Nobel Committees can give a peace prize to Henry Kissinger then it can give a literature prize to a man who hasn’t written any literature.”

Ben Shaletz, writing in the Israeli daily Haaretz, suggests that Bob Dylan’s genius isn’t so much his writing as his musicianship. And Arab-British journalist Khaled Diab noted, “Now that Bob Dylan has won a Nobel in literature, it’s high time for Philip Roth to be awarded a Grammy.”

Slate’s critic-at-large Stephen Metcalf agrees that Dylan is a musician, not a poet.

Bob Dylan is a genius, and for his genius, he’s been rewarded in every way; with fame, money, acclaim. He deserves all of it, but he doesn’t deserve the Nobel. It may be that Dylan’s claim to posterity will be larger than Murakami’s or Roth’s (or Wilbur’s or Didion’s), but that isn’t what is at issue in awarding the highest prize in literature to a pop musician. The objection here hinges in the definition of the word literature. You wouldn’t give the literary prize to an economist or a political saint. You shouldn’t give it to Bob Dylan.

While Bob Dylan is the first American to win the Nobel Prize for Literature since Toni Morrison won for fiction, in 1993, he may not be the last lyricist in our digital age to receive the honor. After all, the times they are a-changin.

Jordan Elgrably is a staff writer at this publication. Visit his web site at Jordan Elgrably. Connect with him on Twitter, LinkedIn, and Facebook. Reach him by email with tips or questions, jordan@accesspublishing.com.