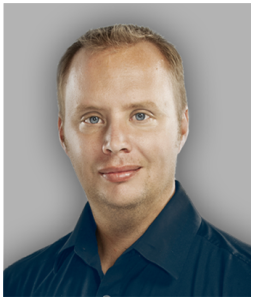 Pastor Matthew Barnett will speak at the service.

The Cantinas Ranch Foundation and founders of the annual Cantinas Music Festival taking place Saturday, August 24, 2013 invite the public to a Community-Wide Worship Service on Sunday, August 25, 2013 the day after the Christian music festival.

The worship service will be held from 11 a.m. to 12:30 p.m. on the Frontier Stage at the Paso Robles Event Center and will feature worship music by three-time Grammy Award-winner Michael W. Smith and singer Kylie Rose along with guest speakers Rabbi Jason Sobel, Pastor Matthew Barnett and Dr. Ed Silvoso. Doors will open at 10 a.m. and admission is free.

The opening prayer will be led by Rabbi Jason Sobel of Ascend Malibu Fellowship and the founder of Fusion Global, an organization committed to reaching and uniting Jews and Christians.

Worship music will be performed live by Michael W. Smith, including a special performance by Kylie Rose. Recipient of 40 Dove Awards, Michael W. Smith has sold more than 10 million albums, recorded 28 No. 1 Hit songs, earned 9 Gold certifications, and 3 Platinum certifications. Kylie Rose, a singer-songwriter and recording artist who opened the Cantinas Music Festival concert last year, describes her unique sound on her four recent albums as “Calipopicana™” which blends California influences like The Beach Boys and The Bangles, mixed with classic pop and Americana soul.

Pastor Matthew Barnett, founder of the Dream Center in Los Angeles, will speak on the “Repurposed” theme of the service. Barnett founded the Dream Center along with Pastor Tommy Barnett in Los Angeles in 1994 as a soup kitchen, group home and homeless shelter. The Dream Center has since expanded their services to assist over 50,000 people each month and includes a High School, youth center, mobile medical aid and much more.

Dr. Ed Silvoso, founder and president of Harvest Evangelism and the International Transformation Network (1,000+ leaders on six continents), will be giving the main message titled, “Repurposed.” He is widely recognized as a strategist, Bible teacher and author. His book Anointed for Business is considered a groundbreaking classic in this area, while other best-selling books include That None Should Perish, Prayer Evangelism, Women: God’s Secret Weapon and Transformation. Silvoso is also the producer and host of the DVD series Transformation in the Marketplace with Ed Silvoso.