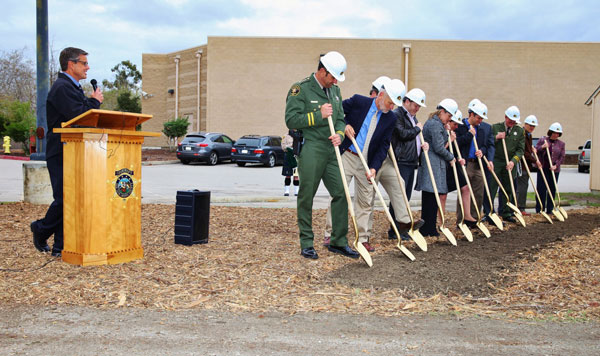 On Friday the San Luis Obispo County Sheriff’s Office held a groundbreaking ceremony at the site of the planned Women’s Jail. Sheriff Ian Parkinson along with County Supervisors and other local and state dignitaries broke ground on the 40 million dollar structure.

The new 46,000 square foot facility will include a women’s housing unit consisting of 198 beds and space to provide programs to keep the inmates from re-offending, a medical facility to treat both men and women inmates, and a new security system upgrade for the entire jail complex. “The goal with the new women’s jail is to reduce overcrowding while at the same time provide positive outlets for the inmates to better their lives and keep them from re-offending,” said Sheriff Parkinson.