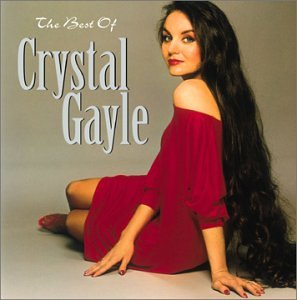 The California Mid-State Fair announced recently that Crystal Gayle has been confirmed to perform two shows, on Tuesday, July 22, at 6:30 p.m. and 8:30 p.m., on the Frontier Stage. Crystal Gayle’s performances will be free with paid admission to the Fair.

Crystal’s debut single, “I’ve Cried the Blue Right out of My Eyes,” was written by her older sister, Loretta Lynn, and reached the Top 25 on the national country music charts. Crystal’s fourth album, “We Must Believe in Magic,” helped her became the first female artist in country music history to achieve platinum album sales. Driving the engine of the album was the song that has become her career signature song: “Don’t It Make My Brown Eyes Blue.” CMA’s “Female Vocalist of the Year,” for two consecutive years, she became a Grammy Award Winner for “Best Female Vocal Performance,” thanks to her beloved “Brown Eyes.” As her music and her career path widened to mainstream audiences, so did her accolades. She is the recipient of three “American Music Awards,” voted by the nation as America’s “Favorite Female Artist.”

Crystal began to spread her wings across many avenues including Christian music and children’s lullabies. Always gracious and generous with her time and talents, Crystal has been awarded the coveted “Celebration of Light Award” in recognition of her myriad humanitarian efforts, among them the Make-A-Wish Foundation for whom she has recorded the official theme song. Perhaps nothing sums up Crystal’s career achievements as well as being awarded with a star on the fabled Hollywood Walk of Fame in October 2009.