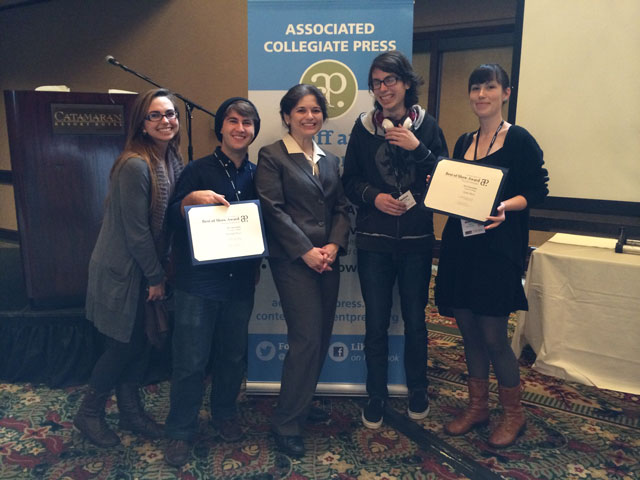 The Cuestonian, Cuesta College’s student-run, student-designed monthly newspaper, won two Best of Show awards at the 30th annual National College Journalism Convention in San Diego, held February 27 through March 2, 2014. The Cuestonian took sixth place in the Two-Year Newspaper category and seventh place in the Website Small School category. Student news organizations from across the country competed for the honors, including both two-year and four-year colleges. Cuesta College was the only two-year college to win in the Website Small School category.

“I am so proud of the work these students have done,” said Cuestonian Advisor Kim Bisheff. “They challenged themselves to experiment with reporting and design, and the results were worthy of recognition.”

The convention is sponsored by the Associated Collegiate Press. Student newspaper editors, staff and advisers from all over the United States are invited to attend each year. This year’s complete list of award winners can be found at http://studentpress.org/acp/winners/m13bs.html.