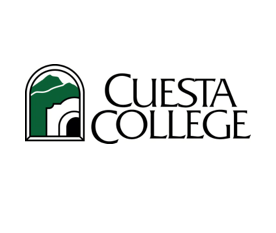 The donation will be used to help build a permanent building to house the center, which currently resides in a modular structure. The recent update to the NCC site plan includes a new state-of-the-art children’s center situated near the Dale and Mary Schwartz Learning Resource Center.

Shultz, who grew up in Creston and then lived in Morro Bay and finally Atascadero with her husband, Robert, is described by those who knew her as full of life and incredibly humble. Those in the Children’s Center were shocked to learn of her generous philanthropy.

“In our curriculum planning, we have always asked the question of, if we had a million dollars, how would we spend it to create a top quality program,” said Children’s Center Director Haila Hafley-Kluver. “So when I heard about the donation, my first reaction was, ‘Wow! We did get a million dollars! We can actually build the state of the art children’s center program that we’ve dreamed of!”

“A donation of this magnitude for a college children’s center will have lasting impacts on the local children it serves, the faculty who run it and the Early Childhood Education students who use the center as a hands-on lab and will someday go on to become caregivers in the world,” said Superintendent/President Gil Stork. “This is truly a priceless donation.”

Shultz’s trust allocated donations to a total of eight civic entities. Atascadero Fire Department and Morro Bay Fire Department also received just over $1 million dollars, the Woods Humane Society, Rotary Club of Atascadero and the North County Christian School will each receive $250,000, and the Morro Bay Friends of the Library and Charles Paddock Zoo both received $100,000.

The college’s NCC Children’s Center is an integral part of Cuesta’s Early Childhood Education degree program; it serves as hands-on educational lab for the Cuesta students enrolled in the degree program and provides an early learning program for the dozens of young children who attend.

No current timeline has been set to build the new center; however, the Schultz gift will likely expedite the planning process.