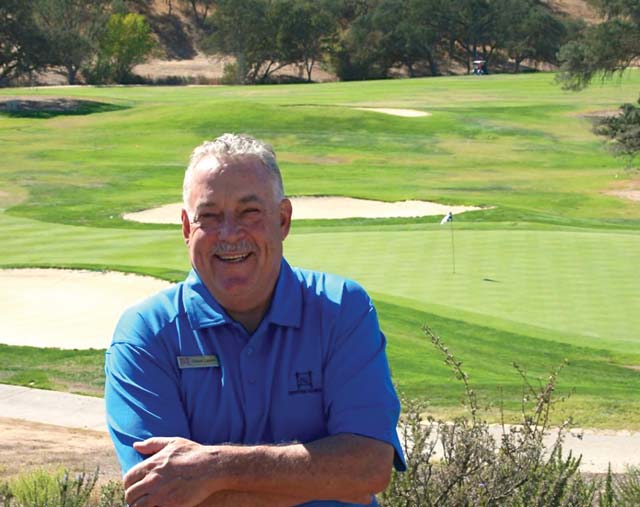 Hunter Ranch Golf Course announced Monday the appointment of Dave Lewis as head golf professional. The new addition to the management team is poised to lend his expertise to the Central Coast golf institution.

Among his many claims to fame, Lewis is former owner of a stand-alone driving range in Tracy, where he was awarded the 2012 Northern California PGA Golf Professional of the Year Award. Most recently, Lewis served as Golf Department Manager and on-site PGA Professional at Dick’s Sporting Goods in El Segundo.

At 57, Lewis, the proud father of a Cal Poly San Luis Obispo senior, continues to strive for excellence in all of his endeavors on and off the course. An accomplished player and avid sports fan, he is enthusiastic about bringing his talents to a new arena.

“I am proud to have known Dave for 18 years; he will no doubt bring a wealth of knowledge and experience to the job,” said Hunter Ranch General Manager John Carson. “We are thrilled to add him to the team.”

Lewis replaces Mike Bremer, who served as Hunter Ranch Golf Course Head Professional for the past 20 years. “After many phenomenal years of service, we bid farewell to Mike Bremer,” said Carson. “We wish him the best of luck as he pursues new endeavors, and we thank him for his many contributions.”

Posted in:  Business, Sports
About the author: Publisher Scott Brennan