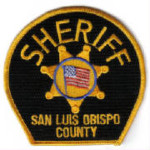 The Coroner’s Unit of the San Luis Obispo County Sheriff’s Office has identified the man found dead inside a tent in the Pico Creek area of San Simeon on March 13.

The man is identified as 58-year-old Brian Joseph Edward Boyer, a transient. Boyer was found in an advanced state of decomposition, suggesting he had been deceased for 4 to 5 weeks before he was discovered. He was identified using dental records.

Boyer’s death is considered a natural death of undetermined origin. No foul play is suspected. Next of kin have been notified.