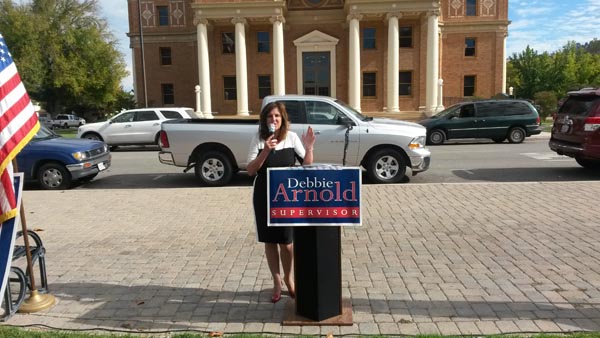 Debbie Arnold has officially announced her campaign for re-election. Photos by Teresa Turner.

– On Tuesday, 5th District County Supervisor Debbie Arnold held a re-election campaign rally at Atascadero City Hall. There were around 100 people who attended, some wearing campaign t-shirts. Donuts, juice, and coffee were served.

After helping out with setting up the tables, Arnold removed her kitchen apron and was ready to greet the public. When asked why she wanted to run again, she said, “I have some unfinished business that I would like to see to the end. Water and homeless issues are some of the projects I want to complete.” 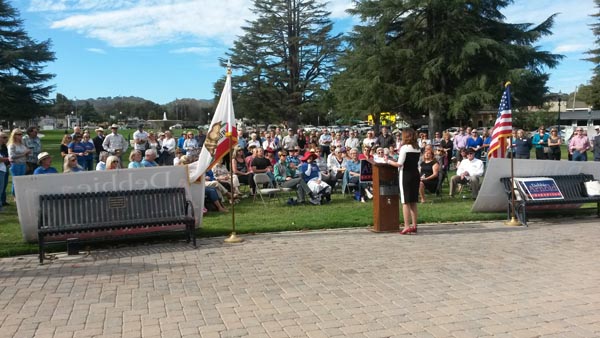 Once Arnold was at the podium, she revisited what she said four years ago, summarized what she has accomplished while serving on the board and shared what she is seeking for another term.

Four years ago Arnold said that she noticed that businesses and property owners were being plagued with excessive and expensive regulations. By advocating for a more efficient government and lower fees, she was recognized as “Hero of the Taxpayer” by the Central Coast Taxpayers Association. Also, Arnold had an interest in protecting both open spaces and a “rural way of life.” The Arnold family lives, owns, and operate a ranching business in the Pozo area.

Arnold said that she has also lobbied full funding for county road maintenance, provided more housing for the homeless, advocated fair distribution of water amongst residents, farmers, and businesses, and has worked to balance the budget without cuts to important services. 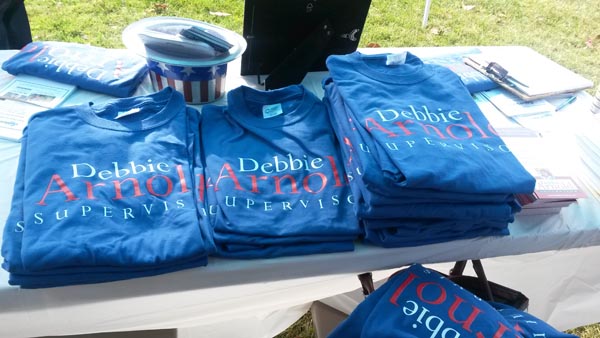 Arnold said that her objective for the next four years if elected is to advocate more of a transparent government –a government that listens to the people and allows for a vibrant and sustainable economy that thrives. She also said that she hopes to create cornerstones of individual liberty, property rights, and capitalism, and to make sure the same opportunities are available for the younger generation by limiting government’s role and ensuring transparency.

As the debate continues on about whether to create another layer of government or not to control the local water resources, Arnold says that she will continue to promote what is best for the constituents and the citizens of the North County.

Arnold has lived in the area for over four decades. For more information about Arnold and her campaign, click here.

She will face at least one challenger for the seat, Eric Michielssen, a Pozo farmer. He is expected to hold a campaign rally today.