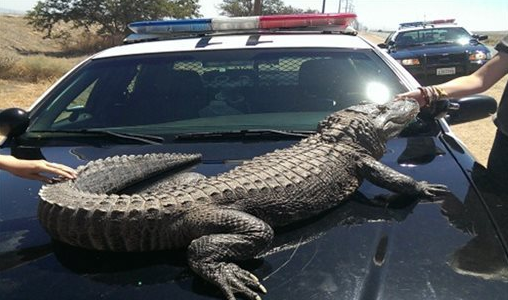 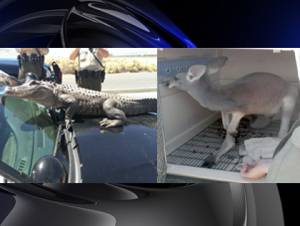 Los Angeles County Sheriff’s deputies in Lancaster, Calif., received a call around 11 a.m. about two women with a reptile at the corner of 50th Street West and Avenue K. The caller, who feared the women were about to abandon the animal in the desert, followed the women after they loaded the alligator into a van.

A short time later, deputies located the women near Avenue D and 160th Street West and conducted a traffic stop. The women, who had a baby kangaroo in the vehicle in addition to the alligator, explained to deputies that they are from a zoo in Paso Robles called “Zoo To You,” that visits schools to teach kids about wild animals.

They had just visited Quartz Hill Elementary School and were forced to make emergency stop and clean out the van after the alligator soiled its cage. The animals posed for a quick photo shoot before officials allowed them to continue their journey home.