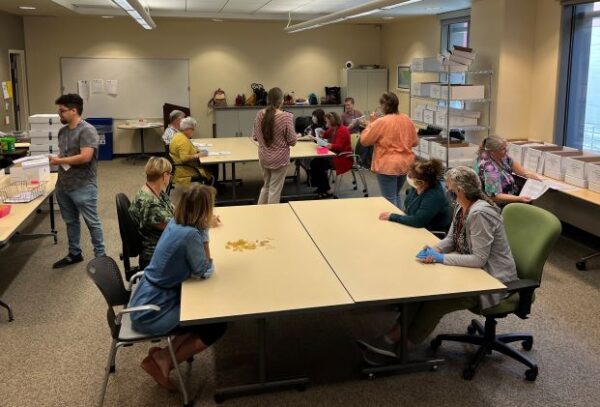 Stebbins and her group, San Luis Obispo Concerned Citizens Action Team (SLOCCAT), are paying for the recount. Each afternoon, she is handed a bill for the next day’s work. She is required to provide a cashier’s check for the amount requested by acting County Clerk-Recorder Elaina Cano each morning before the sorting and counting begins. The cost is generally about $3,700 per day. 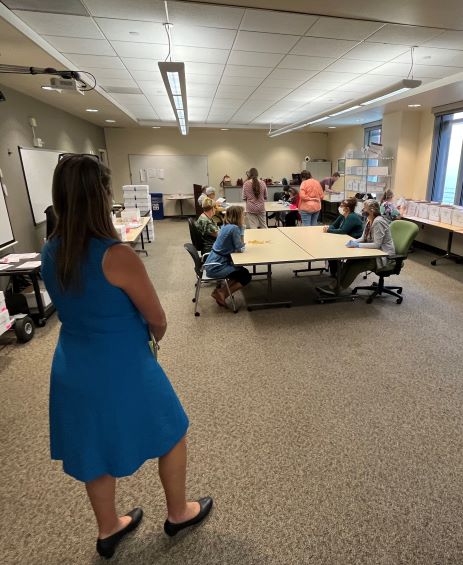 Two teams of four people work at tables in a room next to the supervisors’ chambers. The entries are locked except for one door at the east end of the room where visitors may sign in and wear a name badge while observing the process. The counters are paid about $20 per hour. They are supervised by employees in the San Luis Obispo County Clerk’s Office. On Friday, County Counsel Rita Neal sat in the ballot counting room working on her computer.

The final count in the 4th District Supervisors election showed Jimmy Paulding beating Supervisor Lynn Compton by 639 votes. He had 51.5-percent of the votes cast in that election. The recount is being conducted to ascertain the accuracy of the first count. Darcia Stebbins, Richard Patton and SLOCCAT members are also looking to identify anomalies. They are looking for multiple ballots bearing the same signature or statistical pattern which could indicate ballot harvesting. 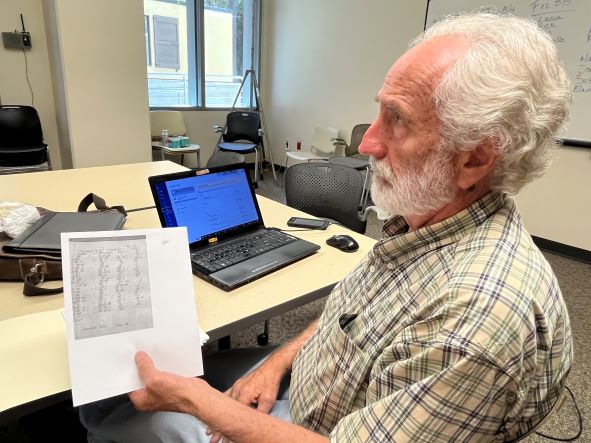 Richard Patton and the numbers.

The San Luis Obispo County Clerk’s office mailed out about 187,000 ballots. Stebbins claims that 100,000 went to the wrong addresses or people who moved or died. Some ballots were duplicates. Many ended up in the landfill, but the San Luis Obispo County Citizens Action Team is trying to ascertain if some were completed at “ballot parties” and mailed to the County Clerk’s Office.

The total cost of the recount is estimated to be about $100,000. If the recount finds that Compton actually won the race, she’ll be refunded the associated costs.