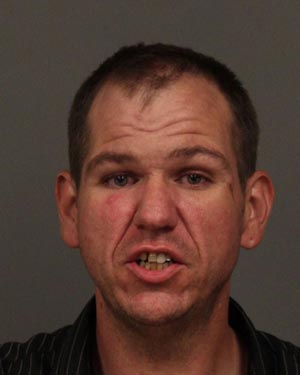 On Wednesday at about 10:05 a.m., the Paso Robles Police Department Communications Center received multiple 9-1-1 calls regarding a single vehicle roll-over traffic collision at the Spring Street exit from northbound Highway 101. Police officers and personnel from the Department of Emergency Services, along with officers from the California Highway Patrol and Cal Fire were dispatched to the scene.

Initial investigation revealed that the vehicle had been occupied by two adults involved in a domestic dispute, according to a police report. During this dispute, the male passenger grabbed the vehicle’s steering wheel and activated the vehicle’s emergency brake, which caused the vehicle to leave the roadway and
roll over. As a result of this, the female driver was injured and trapped inside the vehicle.

The male passenger was able to exit the vehicle and fled the scene on foot. A person who witnessed this incident saw this subject a short time later entering the Albertson’s Grocery Store on Niblick Road and notified police. Officers from the Paso Robles Police Department and CHP responded to that location and located this subject, identified as 34-year-old Atascadero resident Jefferey Jason Barnes.

Once police determined this was an intentional act and not an accident, the Paso Robles Police Department assumed responsibility for the investigation and arrested Barnes without incident, according to the police report. Barnes was treated at a local hospital for minor injuries and subsequently booked into the SLO County Jail for one count of domestic violence, a felony, and one count of assault with a deadly weapon, a felony.

The female driver was transported via ambulance to a local hospital for moderate injuries that are not considered life-threatening. Neither alcohol nor drugs were a factor in this incident. This is an ongoing investigation, and anyone with information regarding this incident is encouraged to call the Paso Robles Police Department.