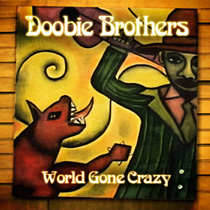 The California Mid-State Fair announced Thursday that The Doobie Brothers have been confirmed to perform in concert on Friday, July 25, 2014 at 7 p.m. The concert is part of the Fair’s annual “Evening of Music & Wine” gala and will take place in the Chumash Grandstand Arena at the Paso Robles Event Center.

Ticket prices for the show are $41, reserved, and $61, golden circle, and will go on sale at a date yet to be determined. Tickets will be available at the California Mid-State Fair box office, 2198 Riverside Avenue in Paso Robles, online at midstatefair.com or by calling 1-800-909-FAIR.

The Doobie Brothers began their career over 40 years ago and have sold over 40 million albums worldwide. They are best known for the songs “Black Water”, “What A Fool Believes”, “Takin’ It to the Streets”, “Minute by Minute” and “Listen to the Music”.

Their latest album, World Gone Crazy, serves as an analogy of sorts for the band as a whole. With founding members Tom Johnston and Pat Simmons, and veteran John McFee, the Doobies have perfectly honored the band’s legacy with an offering that grows in unexpected new directions. The songs on World Gone Crazy all feature Johnston and Simmons as writers and lead vocalists.