Atascadero Police Department Traffic Unit will be conducting a driver’s license and DUI checkpoint on Friday, Dec. 19th, at an undisclosed location within the city limits between the hours of 6 p.m. to 1:30 a.m. 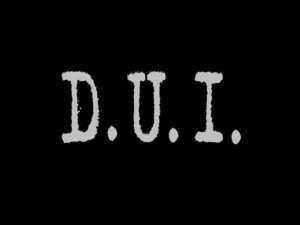 The deterrent effect of DUI checkpoints is a proven resource in reducing the number of persons killed and injured in alcohol or drug involved crashes, according to a report from the Atascadero Police Department. Research shows that crashes involving an impaired driver can be reduced by up to 20 percent when well-publicized DUI checkpoints and proactive DUI patrols are conducted routinely, the report says.

In California, this deadly crime led to 802 deaths and nearly 24,000 serious injuries in 2012 because someone failed to designate a sober driver. Nationally, the latest data shows nearly 10,000 were killed by an impaired driver. “Over the course of the past three years, DUI collisions have claimed one life and resulted in 20 injury crashes harming 32 of our friends and neighbors,” said Sergeant Caleb Davis.

Officers will be looking for signs of alcohol and/or drug impairment with officers checking drivers for proper licensing, delaying motorists only momentarily. When possible, specially trained officers will be available to evaluate those suspected of drug-impaired driving, which now accounts for a growing number of impaired driving crashes. Drugs which may impair driving not only include illegal narcotics, but many prescription drugs, marijuana, and even some over-the-counter medications.

DUI Checkpoints are placed in locations based on collision statistics and frequency of DUI arrests affording the greatest opportunity for achieving drunk and drugged driving deterrence. Locations are chosen with safety considerations for the officers and the public.

Drivers caught driving impaired can expect the impact of a DUI arrest to include jail time, fines, fees, DUI classes, other expenses that can exceed $10,000.

Funding for this checkpoint is provided to Atascadero Police Department by a grant from the California Office of Traffic Safety, through the National Highway Traffic Safety Administration, reminding everyone to ‘Report Drunk Drivers – Call 9-1-1’.

From Dec. 12 through Dec. 14, 2014 officers representing 9 county law enforcement agencies have arrested 27 individuals for driving under the influence of alcohol or drugs. In 2013 28 DUI arrests occurred during the same three-day time period.

Tragically, there was a death attributed to a drunk driver in our area. Over this holiday weekend there was a single vehicle fatality in Cambria handled by the California Highway Patrol. Last year there were no alcohol related death during this same time period.

Over the course of the next several days of the campaign the follow activities have been planned:

All regularly scheduled traffic and patrol officers will focus efforts at stopping and arresting DUI drivers during their normal shifts. Multiple DUI/Driver’s License Checkpoints and local Roving DUI patrols are all part of this region-wide crackdown during the 21 day Winter Holiday Campaign.

Posted in:  Atascadero, Region
About the author: Publisher Scott Brennan