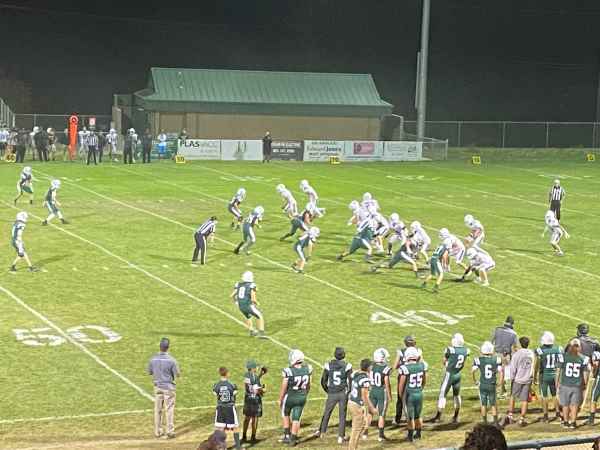 – The Templeton Eagles celebrated Homecoming by beating the Piedmont Highlanders 15-0 Friday night. The sophomore-laden Eagles improve to 3-2 for the season. Senior Kale Loppnow ran the opening kickoff back 71-yards for a touchdown. The Eagles scored a two-point conversion to take an 8-0 lead in the first fifteen seconds of the game.

That early lead held until the final minutes. Late in the 4th quarter, Junior Landon Miller scored on a 20-yard run to make it 14-0. Sr. Hayden Swift kicked the extra point to make the final score, 15-0.

The Eagles twice intercepted Highlanders QB Nico Fazio. Sophomore Johnny Peschong stopped another Piedmont drive with an inspiring solo tackle on Defazio for a two yard loss on second down. Templeton made impressive defensive stands on several occasions to force the Highlanders to turn over possession on downs. The defensive backs covered well the Highlander secondary. Their play led to Templeton’s second shut-out of the season.

The Atascadero Greyhounds (1-4) lost Friday night to the Royal Highlanders in Simi Valley, 34-6. The Highlanders jumped out to a 21-6 lead in the first quarter. They scored additional touchdowns in the second and fourth quarter, but missed the final extra point.