Paso Robles News|Friday, January 27, 2023
You are here: Home » Business » Economy is getting better and better

Economy is getting better and better 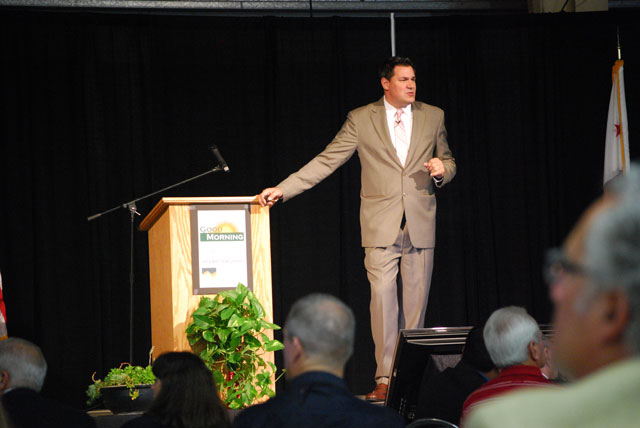 Over 200 local leaders came together Friday morning at the Paso Robles Event Center to hear the Central Coast Economic Forecast, an annual event sponsored by the Paso Robles and Atascadero chambers of commerce. Keynote speaker Chris Thornberg of Beacon Economics told the audience that the economy is getting better. The 2014 national economy is going to be better than 2013 and 2015 better than this year, he said.

It’s because the fundamentals of the economy are solid, Thornberg said. Interest rates are relatively low and they are going to stay low, he said. That’s because the supply of capital is greater than the demand. Though credit remains relatively difficult to get, he said. 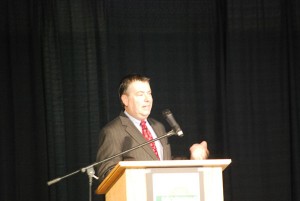 The event’s first speaker, Don Vilfer, president of Califorensics gave a presentation on computer security. He said there are $500 billion in losses annually from malicious computer attacks. Threats to computer data can come from outside and inside the company.

He said some of the biggest threats include theft of trade secrets such as client data, embarrassment to the company, embezzlement and blackmail. He said 90 percent of passwords can be broken in 5 minutes. Here are highlights of Vilfer’s advice: