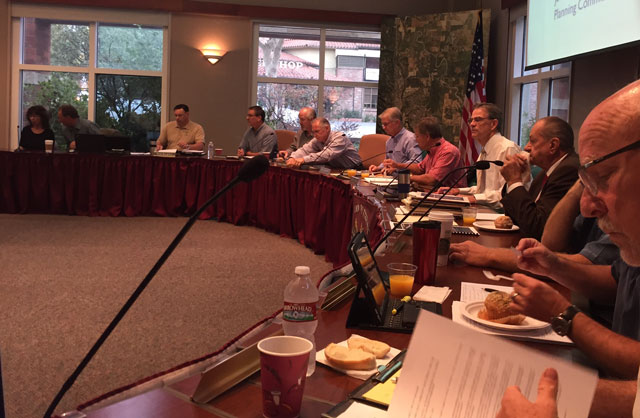 –The Paso Robles City Council and Planning Commission held a joint workshop Saturday morning to discuss the high cost of city fees for home building. The city council chambers were filled with about 60 attendees, with more than a dozen participating in the discussion. The meeting was the result of a planning commission report on the constraints on housing development submitted to the council in April.

At an average of $63,000 per home, Paso Robles residential building fees charged by the city are much higher than surrounding communities. That figure does not include additional fees paid to the school district.

After discussing the issues for more than three hours, the city council voted unanimously to form a committee to review constraints on housing development and make recommendations to the council. The committee will be composed of up to 11 members including two from the council, two from the planning commission, and others to be appointed by the council. 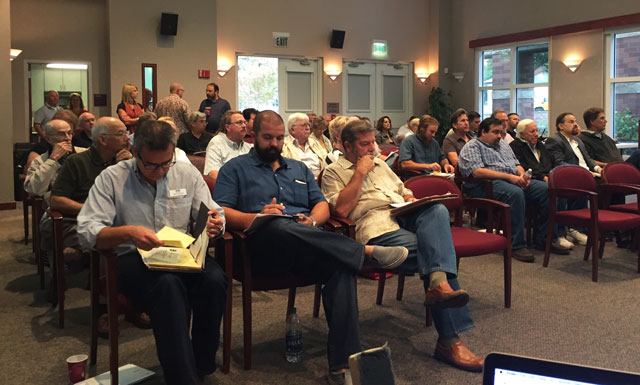 David Taussig, a municipal finance consultant hired by the city, explained how development impact fees are determined by the future needs of the city that are created by new residents moving into new homes. New residents create increased demand for roads, bridges, parks, and public buildings. Taussig’s firm advised the city on setting its fees and establishing a list of future projects, called the “needs list“.

The city’s needs list includes dozens of new infrastructure projects totaling more than $600 million. It includes major transportation projects to accommodate traffic from new developments, and new capital improvements for police, fire, library and recreation. The fees on new development will cover 39-percent of the cost of the new public projects. Current residents, grants and city funds bear 61-percent of the costs. 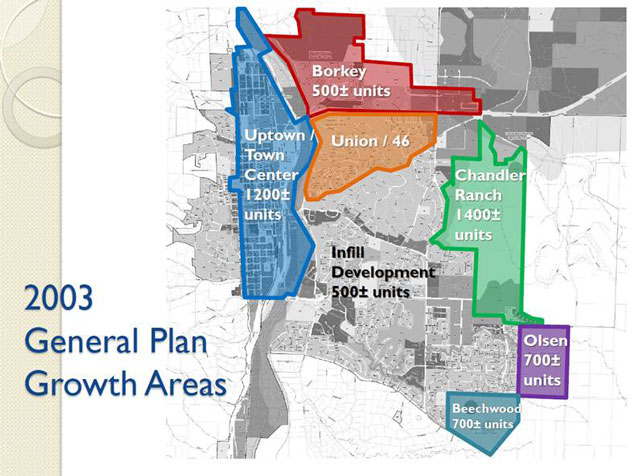 The city’s current plans call for about 5,000 new housing units to be built in the next 30 years. These new homes will help the city reach its General Plan goal of a population of 44,000 in the same timeline. Here is a projection of where the development is expected to occur:

High fees appear to be a constraint on housing development

New construction has fallen off. The city has built an average of 200 homes per year over the last 15 years, which includes the years of the real estate boom and Great Recession. Although the recession technically ended more than five years ago, according to the National Bureau of Economic Research, and unemployment has recovered over the past few years, new housing in Paso Robles is stagnating at around 100 units per year.

Jeff Eckles, executive director of the Home Builders Association of Central Coast, calls the local housing shortage a crisis: “There will be severe economic consequences if you do not address this,” he told the council. “Employers say it is getting more difficult to grow because of a lack of workforce housing. If we do not address this there will be a fallout in dire terms.”

With the city’s fees set at nearly twice the regional average, it appears they are holding back new home development, which is needed in Paso Robles. Here are some comments from Saturday’s workshop:

• Habitat for Humanity tried and failed to build nine affordable units on Vine Street. “We had to give up because the high cost of city fees,” said Fred Potthast, a board member of Habitat for Humanity for San Luis Obispo County. The small homes planned would have had to pay fees of $75,000 per unit, which was a third of the total cost of these homes.

• Larry Werner of North Coast Engineering in Paso Robles said, “When I meet with people who want to build homes, the number one comment I get is shock at the building fees.” He suggested reviewing the “needs list”; consider allowing builders to pay fees over time rather than in advance; consider allowing owners to pay the water connection fee when they are allowed to occupy the house, rather than in advance; change the city’s grading ordinance to make development more affordable.

• Paso Robles resident George White said he moved here 14 years ago and bought property with plans of building a new home. The city fees totaled $70,860, he said. “If you expect your city to grow to 44,000 you have to make it practical for people, like me, to build.”

• Sherry Nelson of Paso Robles is a landlord who would like to build affordable rental units. “I have a property to build… but I’m not because of fees,” she said at the workshop.

• Realtor Linda Midkiff, who could not attend, sent written comments to the workshop. She gave the details of seven clients who have been stymied by the high cost of city fees. “At this time, I do not have a single client willing to either purchase or sell a lot. All of them are citing the high fees involved as their reason either for not purchasing or for being unwilling to attempt to sell.”

• Former Paso Robles Planning Commissioner Al Garcia, who helped pen the commission’s report on housing constraints, urged the city council to create a committee to review the high cost of building and to take action. “We need to be going after economic development and go after housing,” he said. “I think homes in the $425,000 to $475,000 will sell like hotcakes. That is really the sweet spot for where housing needs to be. We want to avoid stagnation. We need to make sure we are growing.”

• Rob Orlando of the Paso Robles Youth Sports Council and member of the Paso Robles Parks and Recreation Advisory Committee said, “I’m here because I want to make sure that parks and recreation aren’t forgotten in this process.” Orlando advocated for increasing the amount of land available for recreation.

• Greg Haas, representing the city’s REC Foundation, asked the council to include recreational representation on the committee. He expressed concern that a committee reviewing building fees not be composed of only developers. He also asked the council consider reducing the growth target of 44,000.

The city council is wise to form a committee to take action on reducing constraints on housing development. We need to plan new housing for our children and to make room for more jobs and economic growth in Paso Robles.

It’s also important that reasonable fees are collected to help pay the costs of expanding public facilities for new residents. Now is a good time to review those needs and the costs of those projects. We hope this new committee and the city council follow through with action in a timely manner.