Editorial: Vote No on Measure G

Measure G Is harmful and unnecessary – Please vote no

This election, San Luis Obispo County voters are being asked to vote on Measure G, a deceptive, poorly-worded initiative that will result in the shut down of existing oil and gas production in the county.

Measure G proponents claim it allows existing oil and gas production to continue, but that’s simply not true. The ongoing operation of oil and gas well requires rigorous care and maintenance of equipment in order to ensure the wells are functioning in a safe, efficient and productive manner. This can include cleaning of wells and pipes, mechanical adjustments and replacing parts. 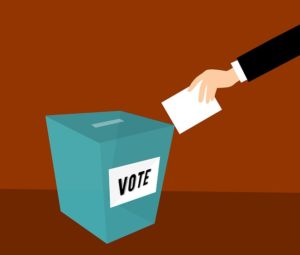 However, Measure G contains legal language that has the effect of prohibiting this type of routine maintenance. The initiative states any continued production cannot be “enlarged, increased, extended or otherwise expanded or intensified.” Since necessary maintenance extends the life of a well, it is forbidden by Measure G’s language It doesn’t matter whether or not that is the intent of the authors – that is the language of their Measure that will become law if approved by voter. The result would be an inability to continue production, leading to a shutdown of existing oil and gas production in San Luis Obispo County.

Measure G proponents claim it will ban fracking – but the truth is there is no fracking in San Luis Obispo County. Even Measure G supporters acknowledge our geology doesn’t lend itself to fracking.

The oil and gas industry has been an important part of our local economy for more than a century. Only 1% of county land is actually in used for oil production. At the same time, this industry provides 230 good-paying jobs and generates $2.3 million in local tax revenues each year – $1.5 million of which goes to county schools.

Local school budgets are already tight. The Paso Robles Joint Unified School District’s reserves are below 1% – state law mandates 3% – and its budget is being cut. We can’t afford to sacrifice vital education funding in favor of an initiative that bans something – fracking – that isn’t even happening in the county.

San Luis Obispo County can’t afford to continues losing high-wage jobs. We’re already set to lose 1,500 jobs and $22 million a year in local tax revenue due to the closure of Diablo Canyon power plant. Other employers like Lockheed Martin and Weatherby are leaving and taking those jobs with them. We cannot afford to continue driving good-paying jobs out of the county – especially for a risky, poorly-written initiative that goes too far and does more harm than good.

Measure G supporters are employing a variety of scare tactics to spook voters into supporting their initiative. For example, they falsely claim existing oil and gas production is contaminating our drinking water. The fact is there is absolutely no evidence to support their scare tactics. Quite the opposite: approximately half the water used at the Arroyo Grande oil field in Price Canyon is purified and released into Pismo Creek – half a million gallons a day. As a result, that precious habitat is being restored and growing numbers of steelhead trout are returning to Pismo Creek.

A broad-based, bi-partisan coalition is farmers, ranchers, labor unions, elected officials, public safety officials, educators, businesses and ordinary citizens have come together to oppose Measure G. They’ve read the initiative, studied the language and considered its impacts. They’ve concluded it is sloppily drafted, goes too far and will lead to a shut down of existing oil and gas production in San Luis Obispo County. They are unanimous in urging their fellow voters to vote “No” on Measure G.