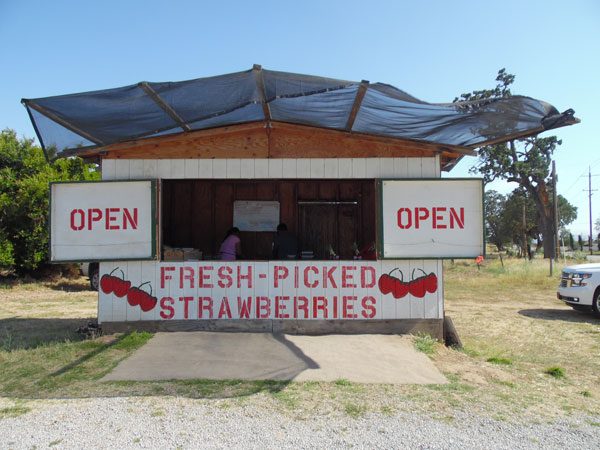 Meui Saelee pointed to the large handwritten sign inside her produce stand at Charolais and S. River Road, just on the outside edge of Paso Robles city limits. “The county just gave us until October 1st to stay open,” said Saelee. The word arrived Tuesday afternoon as a result of a friend, Nancy Peck, organizing a petition drive and taking the petition to the Tuesday morning meeting of San Luis Obispo County Board of Supervisors. 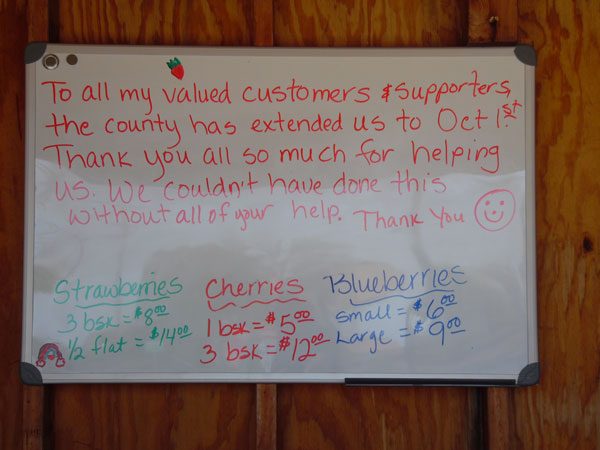 Saelee and her husband, Chan ChaoPharn were first told that they had to close on April 24 when San Luis Obispo County Planning and Building Resource Protection Specialist Nick Buckley showed up at the stand. The first closure date the couple was given was May 8 and then later were given an extension until May 31. Shortly after learning about the initial notice, Peck started the petition to stop the closure. More than 900 signatures were collected in about two weeks.

Saelee said, “We are very happy so many friends have helped us. We didn’t know what to do. We never got anything in writing from the county,” said Saelee, “I think the property owner was mailed something.” 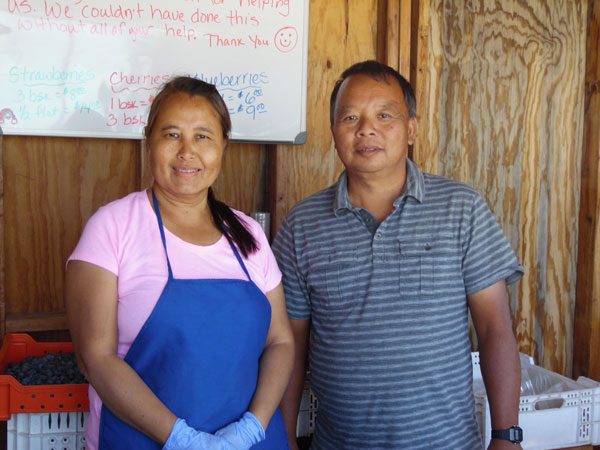 Meui Saelee and Chan ChaoPharn have been operating the stand for four years.

The verbal order from the county came as a surprise to Saelee and her husband who have been operating the stand at the location for the past four years. Every day during growing season the couple drives two hours from Visalia to their leased farm on Monterey Road north of Paso Robles. They tend their three acres and the produce stand, then drive home.

The closure order is based in section 22.30.075 of Article 4 in Title 22 Land Use Ordinance. The section specifies that at least 50 percent of the floor area of a farm stand must be dedicated to selling produce that is grown or produced on the site where the stand is located. Art Trinidad, Code Enforcement Supervisor with San Luis Obispo County said that the county works with the property owner and the property owner was “sent some correspondence.” Saelee said neither she nor her husband have heard from the property owner about any notices for them to close the produce stand.

Peck said that another outcome of the board of supervisors meeting is an effort on the part of the county, and especially Supervisor John Peschong, to help find a permanent location for the produce stand for next year. Trinidad also said his department is helping, “We will help them find another place if they want to relocate.” Trinidad said he has been in touch with the City of Paso Robles about potential new locations.