Farm to Fork Tour was amazing taste of local ag

I love the idea of combining food, wine and networking

I decided to attend the inaugural Farm to Fork event organized by the Paso Robles Women In Business committee because I love the idea of combining food, wine and networking.

Our day began at the Pioneer Museum with a yummy breakfast from Fig Good Food.

We were chauffeured in comfortable air conditioned busses to Windrose Farms where Monica Villicana greeted us with fresh heirloom tomato Bloody Mary’s topped with local vodka. The Re:Find distillery is located at Villicana Winery. Hands down it was the best Bloody Mary I have ever had! 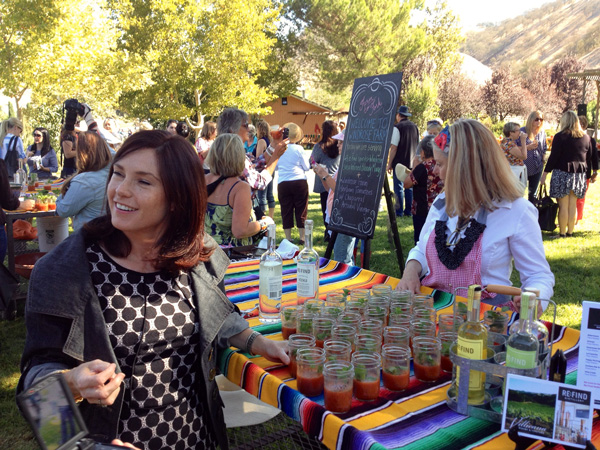 Monica Villicana serves up Bloody Mary’s made with local ingredients including her Re:Fined vodka.

The farm is surprisingly large and our guide, who works there, gave us a very informative tour.

She described the farm as all of nature working together in a community to work with the rhythm of the earth and grow lots of lovely fruits, vegetables and herbs. I kept thinking how thankful I am for people like her, without them I would starve! I lost track of the number of things they grow, it must be in the hundreds.

Farm club members are invited to pitch a tent in the 1,000 tree apple orchard and spend the night among the 62 varieties.

The tour hit a small snag when our bus encountered some problems, but you have to take the bad with the good and I won’t linger on that.

When we arrived at Windfall farms we were greeted by the most amazing smells of our lunch to come, a glass of J. Lohr wine and a cookbook.

Brigit Binns, the author of “The New Wine Country Cookbook” gave us a cooking demonstration using a tuna canned in Morro Bay. If I did not see the can I would not have believed it because the tuna tartar on endive was amazing. She introduced herself as a carnivore, to much applause. I got a chance to speak with her briefly and she has written eleven cookbooks for William Sonoma, a few of which I own. 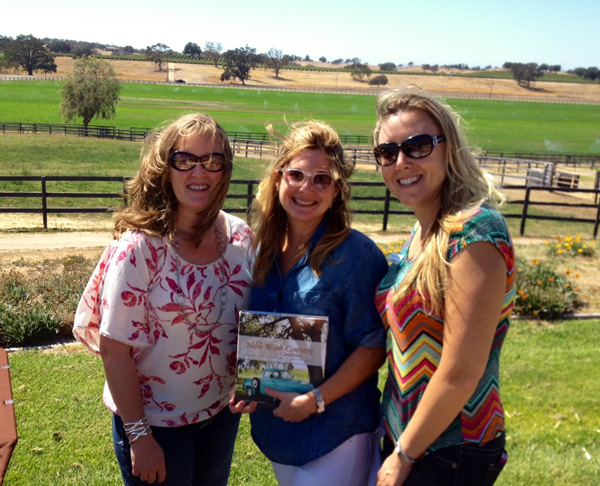 From left, Sheri Leveille, author Brigit Binns, and me.

Words of wisdom from Brigit Binns 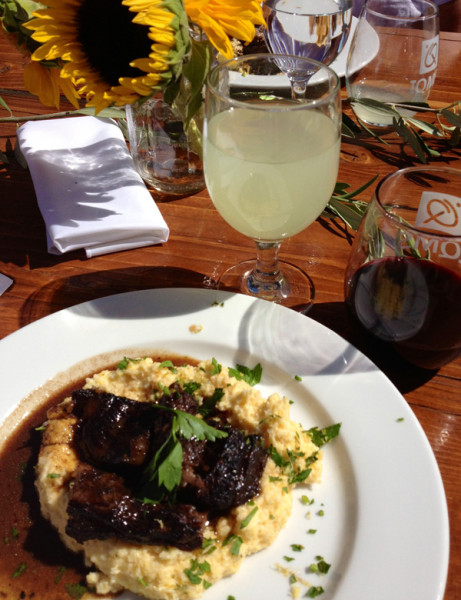 Our lunch of Malbec braised short ribs atop creamy polenta was as good as it smelled.

It was a wonderful day spent with fascinating people. A great big thank you to the Paso Robles chamber Women in Business for organizing it. I am already looking forward to next year.

The passion for locally grown food was so strong throughout the day that it gave me inspiration and reminded me how thankful I am to live in such am amazing area. I can’t wait to get to the Templeton Farmers market on Saturday morning and the Paso Robles farmers market on Tuesday afternoon and join the movement.

If you missed it, be sure to make plans for the Farm to Fork tour next year. Hope to see you there! 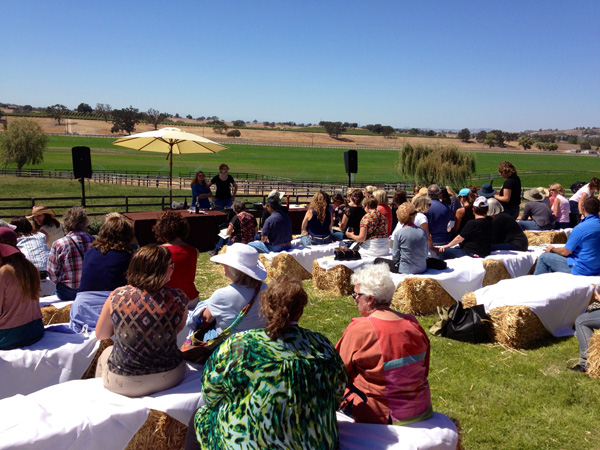