Film production on the rise in SLO County 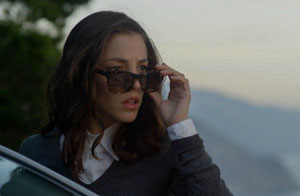 The San Luis Obispo County Film Commission reports a significant increase in the number of production leads over the last year. As of January 2014, over 180 leads have come through the film commission office for projects ranging from independent feature films, to television programs, commercials, catalog shoots, music videos and documentaries. These projects result in an estimated $4.1M economic impact for San Luis Obispo County.

The SLO County Film Commission acts as the liaison for production companies and location scouts. Connecting them to specific sites, local services, and lodging in San Luis Obispo County as well as connecting production teams with the proper permitting agencies in each community countywide to ensure appropriate guidelines are followed for filming within county boundaries.

“We have seen a lot of great response from the location scout familiarization tours we hosted the last two years and by attending the California Locations Conference in Los Angeles last April,” says Lauren Tognazzini, SLO County Film Commission Liaison. “It has increased awareness of our county as a filming destination, and we have been able to showcase the diverse geographic backdrops we can offer all within a short distance. Our county is a favorite for car commercials with our extensive country and coastal roads, but it is evident that many other types of productions are discovering San Luis Obispo County.”

For every production that comes to San Luis Obispo County, the impact on the economy is significant. In addition to the costs of film permitting, productions and their crews, ranging from 5 to over 100 persons, use local services, stay in hotels, dine at local restaurants, and purchase fuel locally. From the reported 183 filming days that occurred in 2013, the estimated economic impact reached over $4.1 million including over 364 hotel room nights.

While supervising a recent commercial shoot at Santa Margarita Ranch, Ranch Headquarters Manager Destini Cavalletto discovered the impact first hand. “The crew of 90 spent two nights in San Luis Obispo. They employed local services, rented equipment and even purchased ‘set décor’ and other essentials from local businesses. The crew chatter was all about their SLO County stay. Many dinners and drinks were enjoyed by all. It was an ‘incredible pleasure’ for all of us.”

OF MICE AND MEN
RUBY GENTRY